A Neo-Luddite Snit, an Apology and a Manifesto 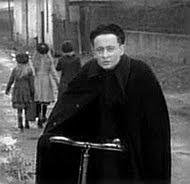 I sort of noticed a few weeks ago that good old Haloscan -- the free comment system I've used here for the duration -- looked a little different. Sure, sure, I thought, transiently annoyed when it failed to recognize me, but, you know, whatever, things change and all that.

When, today, I received 3 spam comments here from Twitter from 3 strangers -- one in japanese -- all shilling "js-kit" which, on closer look, seemed to have something to do with the entity into which haloscan has transmogrified, I decided I'd better look into what was going on.

So I ended up at a site of unsurpassed un-navigability and graphical chaos, only to learn that Haloscan has been snarfed up something called "js-kit/ECHO" and -- for a fee, now -- would somehow integrate blog comments with all sorts of other social media such as twitter, facebook, google, yahoo & blogger in a tangled web of cyber-interrelating that, frankly, has given me an attack of cyber-agoraphobia.

So I did what any short-fused cheapskate neo-luddite would do, a template code-ectomy, and turned on blogger's own comment system.

That's seven years worth of wonderful and generous comments vaporized. Comments I have often been woefully remiss in acknowledging and reciprocating. Sorry, sorry and more sorry.

Am I too asocial for social media ? I thought the internets were a place where nerdy recluses like me were supposed to flourish ! Have the facebooking hordes invaded and installed 24/7 live-action simulacra of their gloriously gregarious and richly connected social lives, about which they blog and tweet and yelp and digg and ping and plurk and flickr and facebook (as loathsome a verb as "to scrapbook," I apologize for it) creating a huge confluence of "streams" of -- of what ? Soliloquoy ? Conversation ? Dialogue ? Networking ? Working the room ? Shilling, hawking, branding, buying, selling, promoting ? Beneath which sits the ECHO comment box in which we can merrily decline to cease to cherish opinions on every modality available simultaneously.

Yes. I am too asocial for this scene, as I am for most aspects of my life, both sacred and profane. It is the way I am, it is a part my neurobiology, my code, and I am tired of swimming upstream against it.

So be it. And move over, Dr Bouville & Morose Curate, I'm joining you at the charterhouse.
Posted by Paula at Wednesday, March 31, 2010 No comments:

It rained hard and long, so hard and long that even the waterfall was swamped. I swung by before work to see the river at full flood. Around me, the geese honked and strutted; I wondered whether it was the disconsolate honking of parents whose nests had been washed away. A gloomy thought, perhaps, but my lenten desert this year has been one of distraction and distraction breeds gloom, or, at the very least least, creates the conditions in which gloom can flourish.

Distraction. It's an interesting word, from the Latin dis trahere, or "draw apart." In human distraction, what gets drawn apart is attention. All week at work I'd felt my attention drawn and quartered -- patients in rooms, new patients queueing up, patients back from their xrays needing discharge, lab results, refills, phone calls, rising anxiety, anticipation, annoyance and exasperation, more patients queuing up, patients popping out of rooms to ask "have you forgotten me ?" -- a virtual desert sandstorm of distraction. A whirlwind whose calm center was eluding me.

I dragged out my career-long mantra, the mantra of a hypersensitive introvert who finds herself, daily, despite herself, in the crowded, bustling midst of things:

I should have been a librarian.

Or a Carthusian. Or a shepherd. The list of should-have-beens is long. 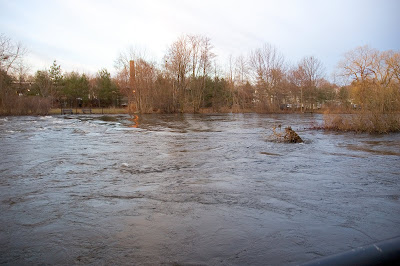 I was long overdue for a walk by the river. So Saturday afternoon, the first warm and bright afternoon of the year, I set out with my camera. The water had receded a little, the geese were quieter. Dozens of people were out, and strangers were smiling and greeting one another. The flora and fauna of spring were just beginning to emerge, 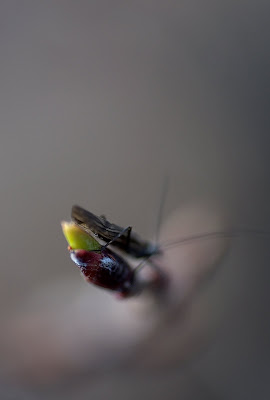 but, already, there was a snail resting in the crook of a wild indigo branch, under a cluster of beaded, brown half-moon seeds. I smiled at the snail, and greeted it, photographing the yellow and brown coil from several angles. No stranger -- more a mon semblable, ma soeur -- it was fresh from its long winter's nap, buried in a composting pile of twig and leafmulch, secure within the walls of its pretty shell. And now here it was, out in the sun and wind, unperturbed. 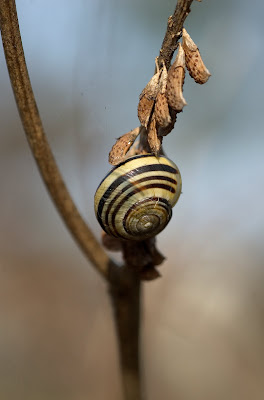 I shrugged against the weight and constriction of my own shell and walked on. I was in my element: light, form, color. I was experiencing attraction, not distraction. I was as open as an eye, then as focused as a lens. This is where I belong I thought, out here with the snails of spring and the decomposing branches of winter, branches white as fingerbones and stippled with elegant black mold. 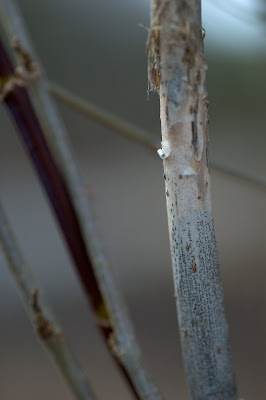 Two characters have emerged out of my Lenten fever fog, Dr Bouville and the Morose Curate of St Julian the Wanderer's, both avatars of myself, both taking their shape in 140 character utterances on Twitter. They seem to inhabit a world compounded of the mise-en-scene of Sartre's Nausea and Bernano's Diary of a Country Priest. 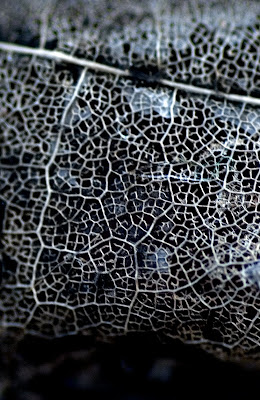 As the already-gloomy Curate catechizes the existentialist Dr Bouville, his gloom deepens; he becomes increasingly bitter, disaffected, nihilistic. DrBouville's trajectory is opposite -- not even baptized yet, he is on the threshold of joining a Charterhouse, but only if the Curate joins up too. The two misfits are, of course, a little bit in love with one another, and God only knows how it will all turn out. 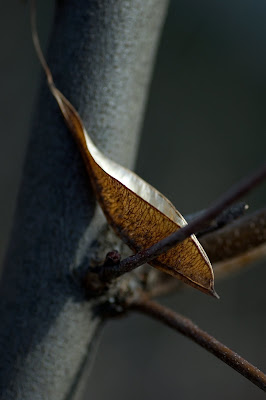 The Curate and his Catechumen have been my companions in the Lenten desert. I love them both and I want them to be happy. I want them to be working side by side in the kitchen garden of, if not a Carthusian, at least a Cistercian monastery. But who is St Julian the Wanderer ? How can a bona fide gyrovague have been beatified ? Wandering implies deviation, lapses from received truth, certainly anathema to the Magisterium that bestows the beatifications. But in Bouville, that squalid little town through which the Boulevard Noir cuts like a knife, the usual criteria do not apply. 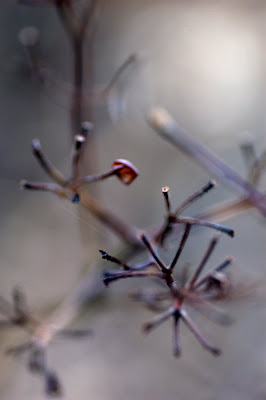 The Curate is a figment of my long, illicit, schoolgirl crush on the Catholic Church. True love, as MacQuarrie says of God's love, is a "letting be," not simply in the sense of leaving alone, but creating the ongoing ground of flourishing and growth. And there is also an element of "hands off" in that sort of love: we are free to chose, and even to mis-chose, but, like the prodigal son's father's love, God's love is unfailing. My schoolgirl crush is of another substance. It's the kind of fussy, manipulative love that wants to put the beloved through a makeover. 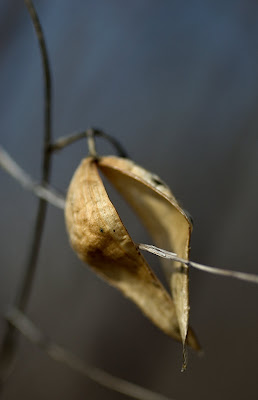 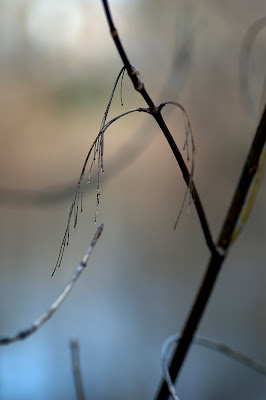 Of course, when reality testing replaces besotted unreason, it is clear: I have, indeed, found the corner of the one holy catholic and apostolic church where all those conditions already exist. So why the ongoing Rome crush ? 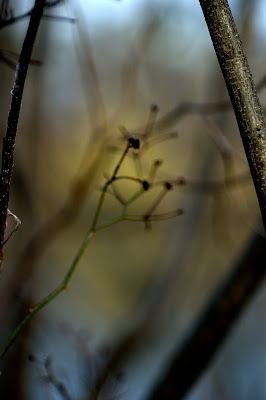 It's a mystery. Like something primitive that erupts in a dream. Like a character, a morose curate, that appears in one's Lenten desert, offering catechesis, even as he prepares to go down for the third time. 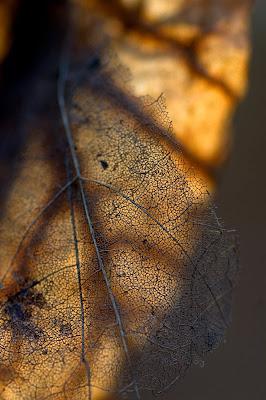 And then there's Dr Bouville. The stranger, alienated from everything, the loner, prodigy of acedia, abulia, anorexia, ataraxia and absurdity. Artisan of contingency and thrownness. Irresistably drawn to the image of a black cassock against white snow, to a vision of metaphysical solidarity and community, of high literary nostalgia for something that never truly existed. 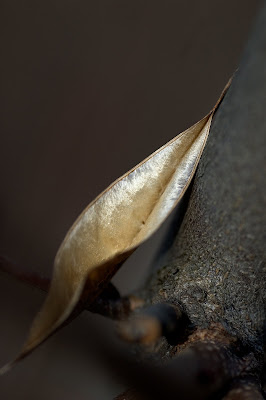 So, on the threshold of Holy Week, I ask: were these my temptations in the lenten desert ? Dogmatism and nihilism ? The Catechism and Being and Nothingness ? Have I resisted them as well as I have resisted soymilk ice cream, peppermint Life-Savers and pretzels ? 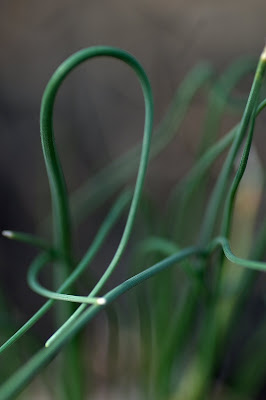 There's a line from a Wallace Stevens poem about "finding what will suffice. It refers to the construction of poetry, but could just as well refer to the construction of or the reading of religion. This is why my Roman paramour, if I had the courage to approach and ply my petition, would reject me: that I think religions, all of them, are complex poems whose symbols and stories and rituals all attempt to "find what will suffice" to describe and understand and guide our mysterious and contingent being-in-the-world. 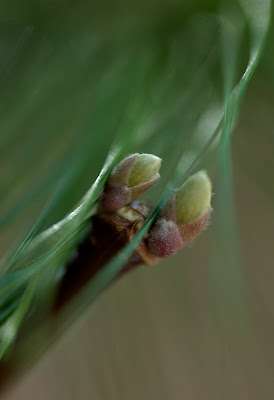 A rather thin gruel, I would assume, in the eyes of the Magisterium; a thin and pitiably heretical gruel. 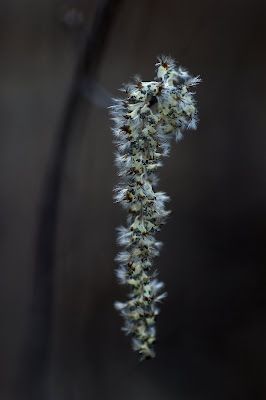 But Dr Bouville and his morose Curate are men of an ascetical bent. For them, thin gruel -- black coffee and alphabet soup -- is sufficient. Eventually, they will meet each other half way just outside the narthex of St Julian the Wanderer's, 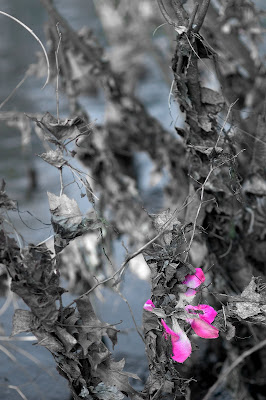 and strike out together, hand in hand, for the charterhouse beyond the farthest reaches of the Boule' Noir. 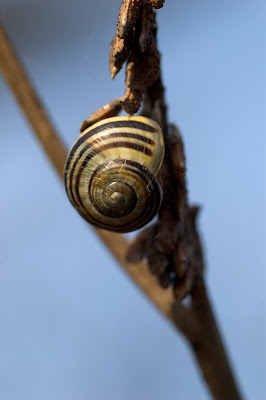 And who is the third that walks always beside them ?
Posted by Paula at Saturday, March 27, 2010 No comments: 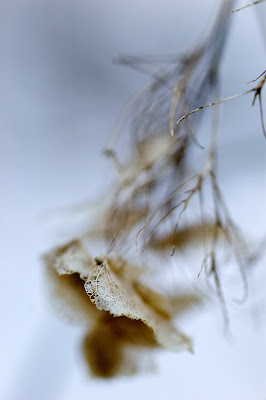 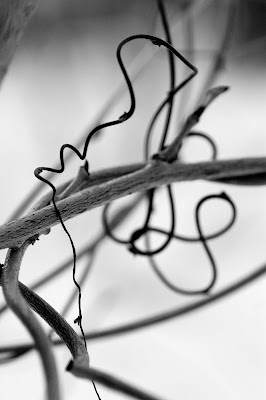 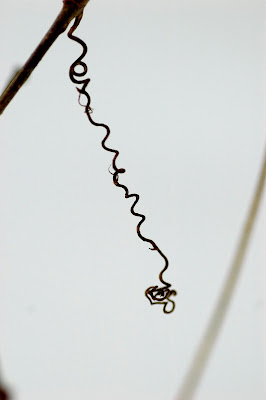 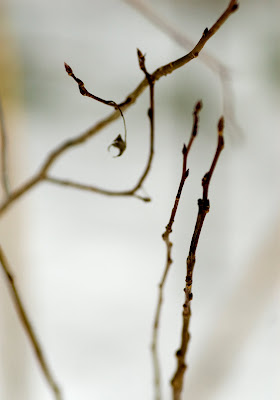 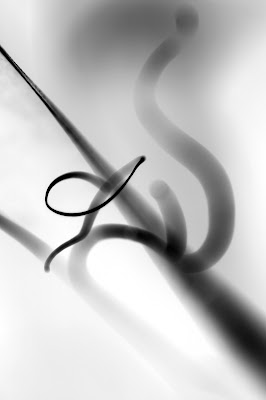