I spent a few minutes this morning getting exasperated about sizeism and sexism. A man I follow on Facebook -- a writer, a Christian contemplative -- commented on a picture he had seen on the internet of "obese women eating a huge pizza." It made him "sad" and, moreover,  he felt it represented "American consumerism." Later, a few minutes upstream,  he opined to the effect that everyday is a new opportunity to practice compassion. 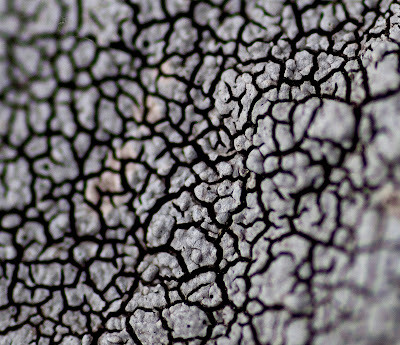 It reminded me of another fit of pique I'd had some time ago when another man I follow -- this one an accomplished musician, social activist and ardent atheist/skeptic/secular humanist -- reposted an image from an atheist Facebook page: a very obese woman, flag in one hand food in the other, that was somehow supposed to represent Christianity.

What a moment of stunning reconciliation: Christian and atheist finding common ground in a shared horror at women's bodies. These men, I thought each time, should know better. 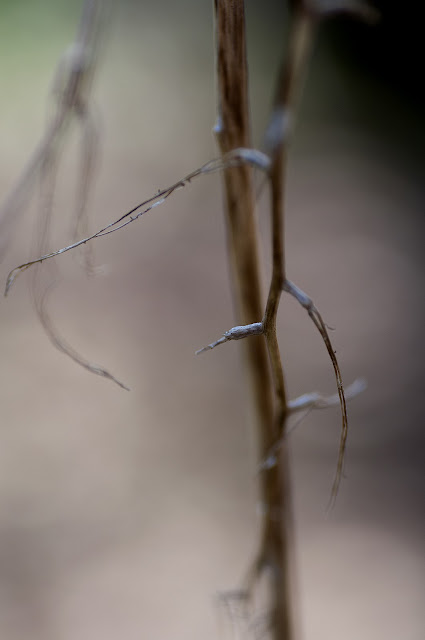 Have you noticed that in religion, women are the drab birds, but that in the secular world, we are the gaudy sex ? Juxtapose the gorgeous ecclesial images from the New Liturgical Movement website -- crowds of splendidly attired prelates, and an occasional drab nun --  with photographs of female news anchors -- young, bright-and-stylishly clad women with plunging necklines beside their drab male counterparts.  It's enough to make the head spin. What is it then ? Object of horror ? Object of desire ?

Object of scorn ? Of dismissal ? Of pity ? Of fear ? Does it depend on what's being sold ? 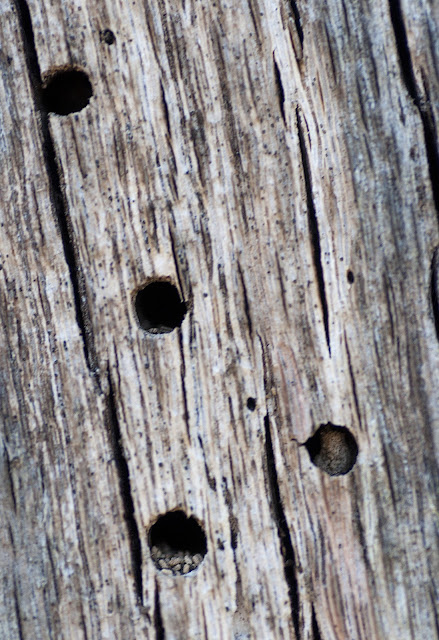 And, this morning -- maybe because it is Sunday and I am unchurched --  I am in the mood to hurl a j'accuse at one of the foundational texts of sexism and its kindred -ism, heterosexism -- the Holy Bible, in this case, at least in widespread practice,  a stone of shame hung upon the limb of the arc of the moral universe that has to do with gender.

Women are a derivative afterthought, we are unclean, we are property, we must cover our heads in church, we must not speak out in church or, for that matter,  anywhere else where men are present. We must produce quiversfull of babies, we must recognize what God's natural law teaches about "complementarity" and procreation; we must understand the convoluted, absurdly literalized gendered metaphors that make it unthinkable that a woman be a priest (Jesus as spouse of Mother Church, priest as alter Christus,  wait isn't that incest ? And if a nun is a "bride of Christ" does that make Jesus a polygamist ?  But heaven forbid a woman priest enter a gay marriage with Mother Church !) In church, anatomy is, more than anywhere else, destiny. A fully genitalia-and-family-unit-based moral theology has supplanted the soaring, ungendered -- transcendgendered ! -- mystical heart.

At least in some influential circles. 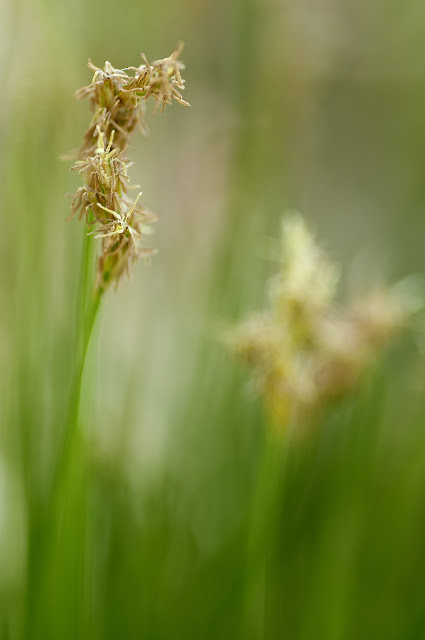 And (needless to say) the Ineffable Ground Of Being -- if He wasn't already smitingly masculine enough -- acquired a male mini-me in the form of Jesus, who, let's face it, is the star of the Christian show, the hypertrophied homunculus of the holy trinity.

Navigating among these intrinsically male-privileged images is like trying to swim with an anchor shackled to your leg. Merton spoke of standing on one's own two feet ? How about gnawing off your own foot to escape the shackle -- granted, a fully baby-and-bathwater overboard gesture, but sometimes you just have to throw in the towel. (I will mix and match my metaphors with Mother Church's any day !) 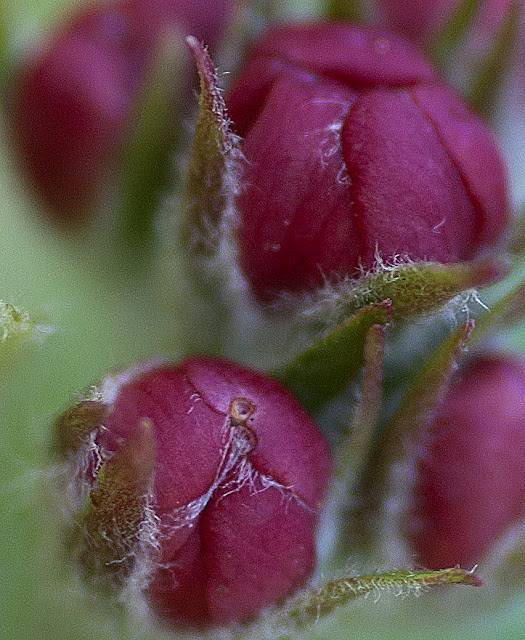 If there is something that can be reasonably termed "God," I am interested in what this something was at and before the Big Bang -- not just at the cosmic eyeblink of human history. And if one can (again, reasonably) speak of incarnation, how can it be other than always and everywhere ? And doesn't unconditional, ungrasping, un-manipulative love occur outside the paradigm of  looking at others as if they were Jesus, or, conversely, looking at them through the eyes of Jesus ? Of course it does. Did we need to deify  a loving, suffering Jesus because (let's face it) the pre-Big Bang "God," far from loving and adoring us more than we will ever know simply does not give a shit.

So, a la TS Eliot, I arrive back at the place where I began -- the woods, now spring time, myself happy to be outdoors, watching two-gold-fringed ants tussling on an opening bud, 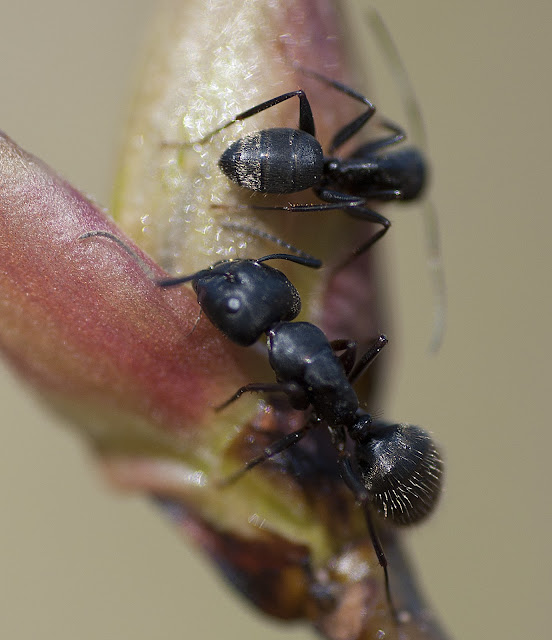 reading the psalm on the blue barn door 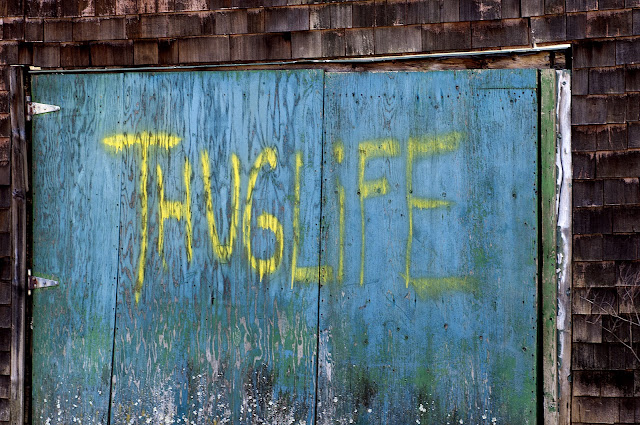 hearing the April duet of red blood and green fuse 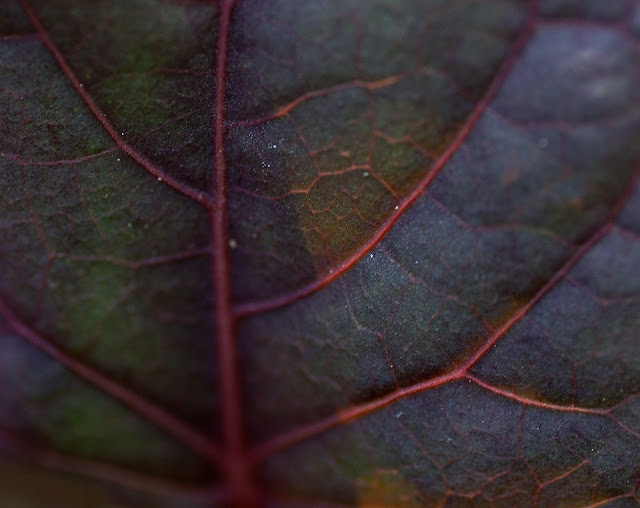 letting the wood anemone bow its head and clasp its hands 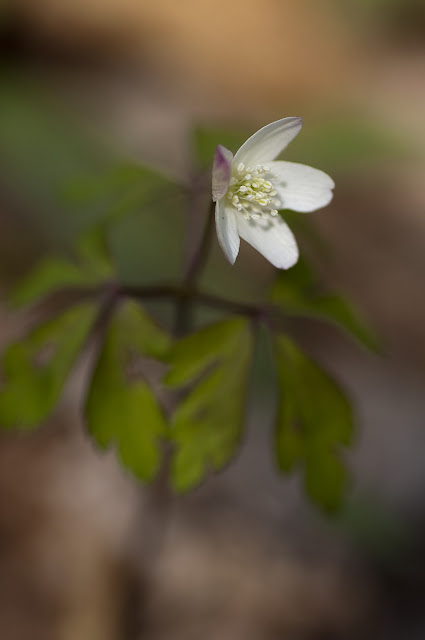 because, at least for the moment,  I can't.

It all devolves to knowing, gnosis. In the absurdly Balkanized empire of Christianity, the Gnostic enclaves are about as esteemed as North Korea.

Take, for example, the gnostic Gospel of Thomas, which contains the astonishing beatitude, "Blessed are those who are solitary and superior, for you will find the kingdom." 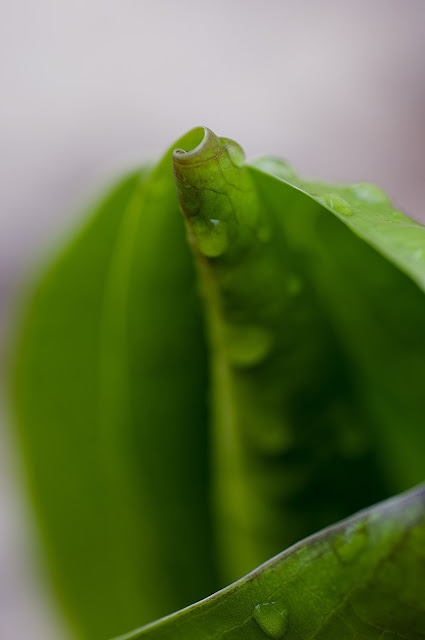 Of course, I am picking and chosing my translation and ignoring things like context and scholarly hermeneutics. But you can see that this bit would be anathema to the prevailing narrative: there are no solitary Christians. 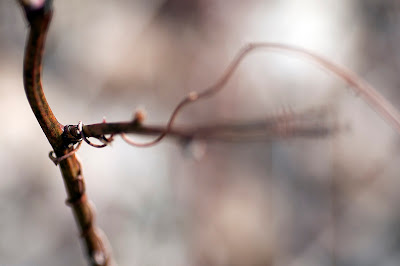 Which is why one predisposed to solitude, upon entering the Christian narrative, finds themselves in the wrong story, as if Captain Ahab had found himself washed ashore in Little Women. 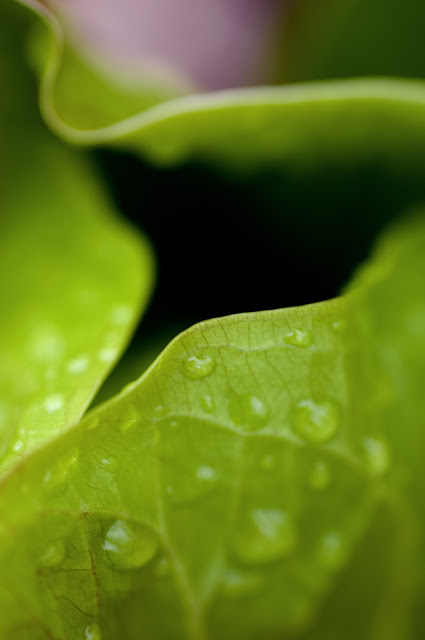 How did it happen ? Can I blame the taxi driver -  But Your Honor !  I clearly said the Oddfellows, not the Godfellows ! 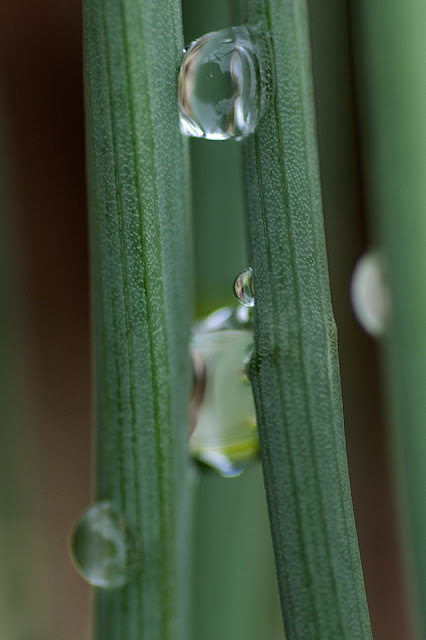 So Saturday, early spring, early enough in the day when fugitive winter still hangs in the cloudy air -- what is the guiding gnarrative of the meadow ? 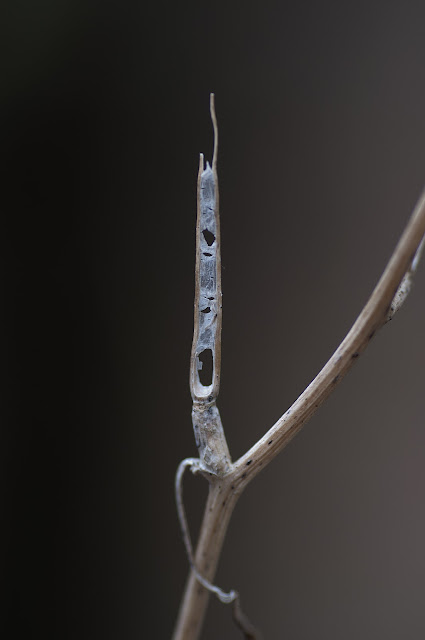 One arrives in the meadow already washed in the water of the womb; any misstep into a swollen stream or knee-drenching crouch to focus on fruiting moss are baptismal extras, canonical and much to be desired. 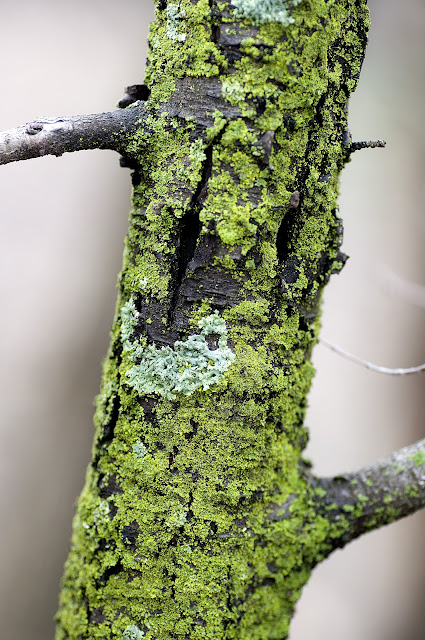 Weeds, moth, rust, outer darkness -- all are welcome here. Truly. There is, after all, nothing other than here here. Hear ? Here here ! 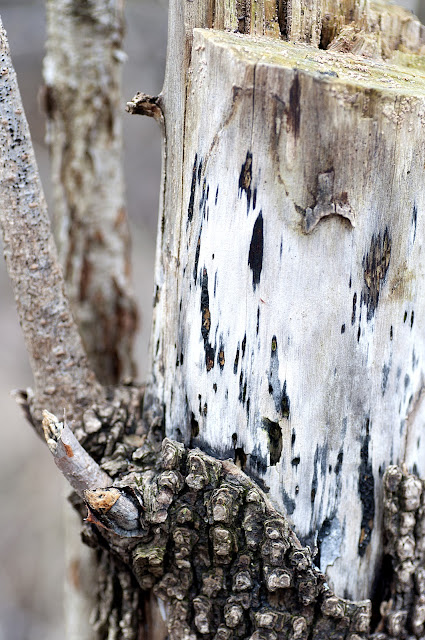 After awhile one wearies of screaming,

It's a metaphor, Goddamnit !

of staking absolutely everything on one impossibly convoluted and not very coherent poem, of looking at the world through a single set of idiosyncratic, distorting lenses (set of blinders included.) 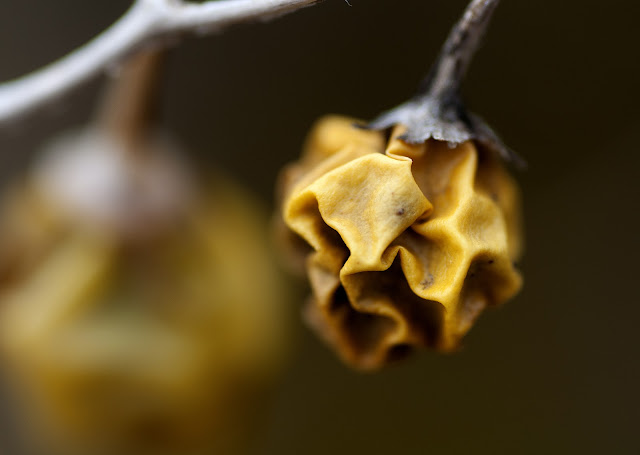 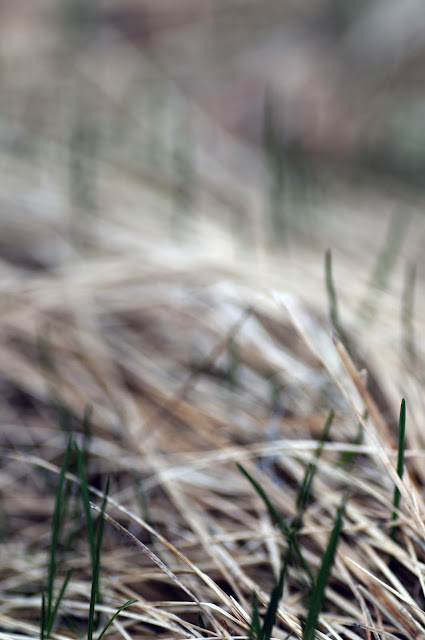 And then there's the claim that, after 10,000 hours of Zazen, one attains -- what ? A less reactive way of being-in-the-world ? Bliss ? Enlightenment ? 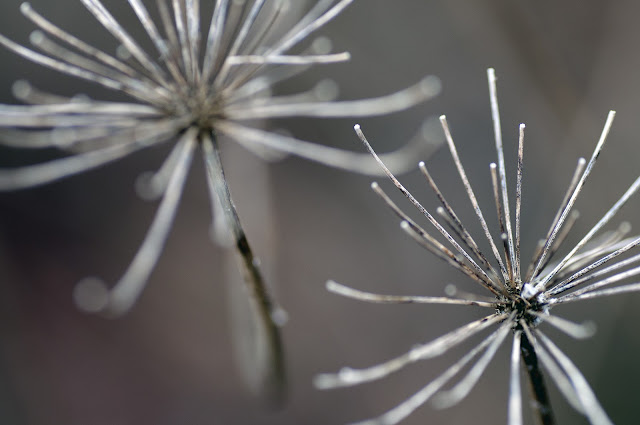 There's less vexation in the meadow. Accept it: everything's a brain-construct anyway: what ARE the ten thousand things apart from our knowing, anyway ? Is this -- or the oily unfathomability of this -- what sets one to retching upon the root of the chestnut tree ? 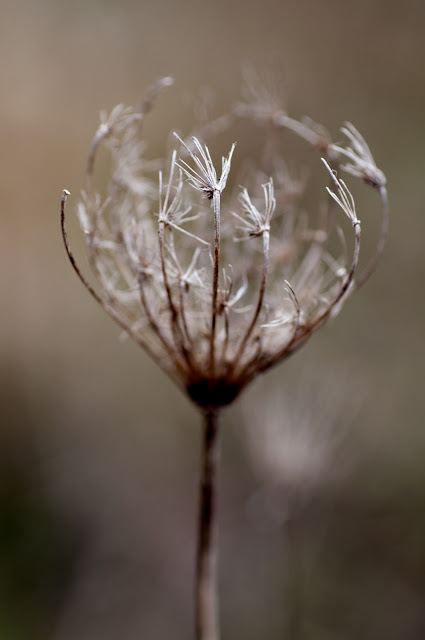 moss and tattered bark, dark with days of rain -- 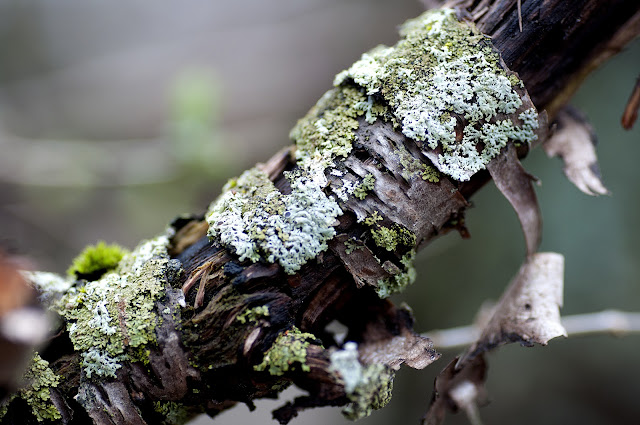 boulders that hint at their fiery origins -- 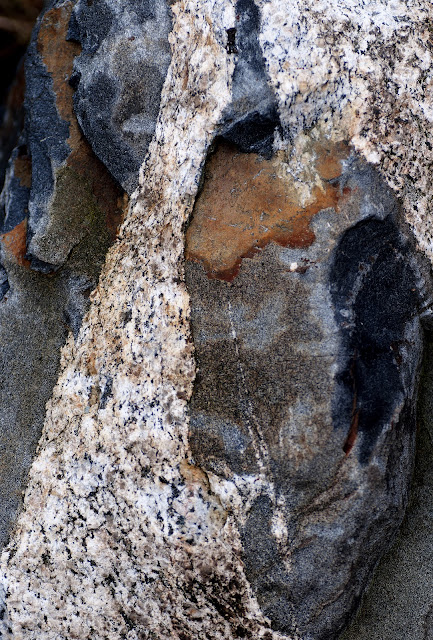 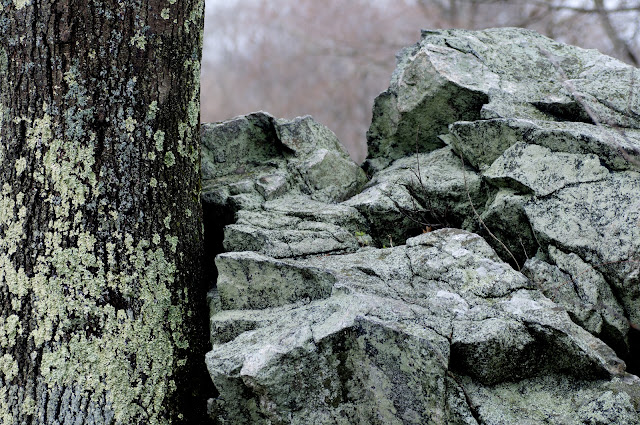 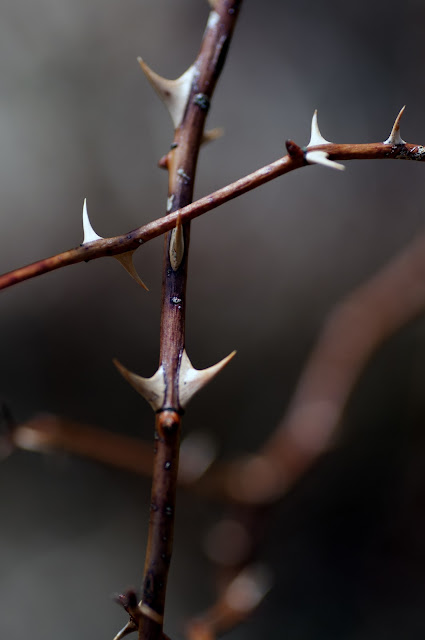 oneself, accidentally caught in a water droplet, looking back at oneself ... 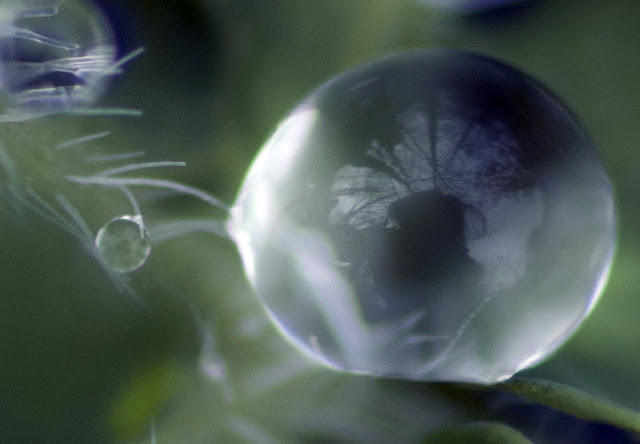 It's spring, yada, yada, yada.  I open my winter-stiffened arms and sleep-enraptured eyes to the next chapter of the world's narrative, a greening backdrop now 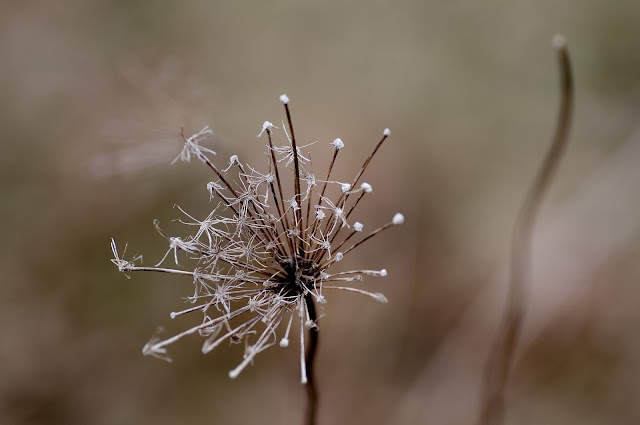 to the last of the skeletal totentanzen -- my own included --

and, at nightfall, recite the old incantation -- 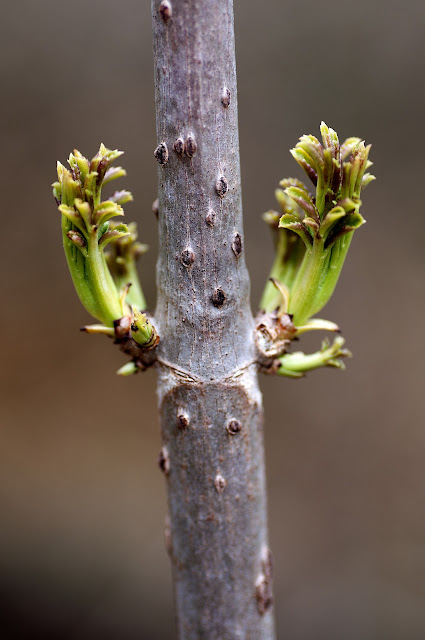 Be sober and watchful. Your adversary the devil prowls around like a roaring lion, seeking someone to devour. Resist him, firm in your faith. 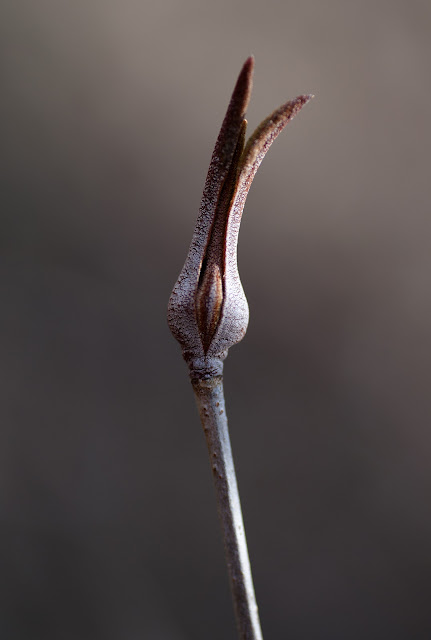 Recite it, faithless ones, if only for the placebo effect. 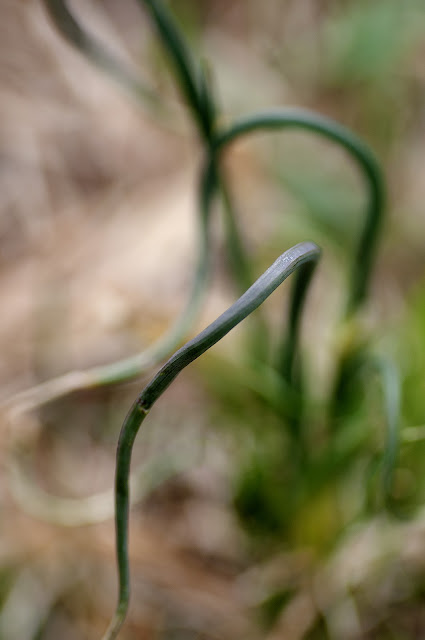