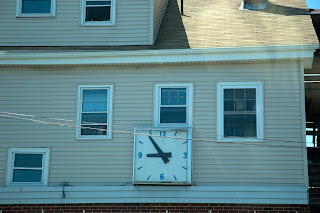 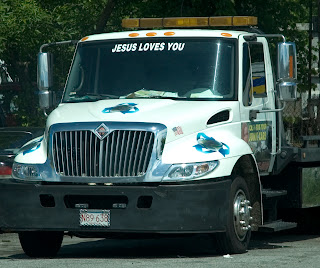 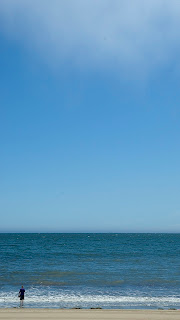 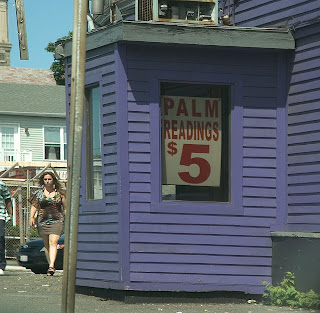 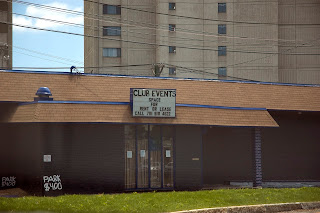 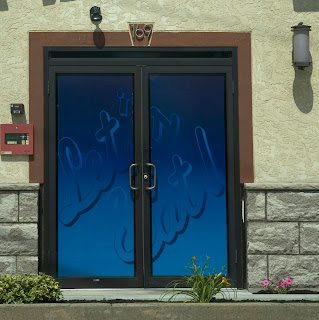 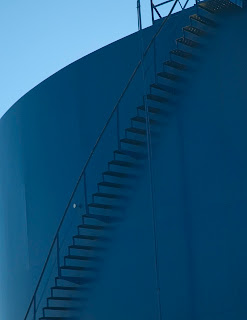 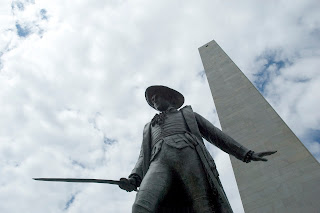 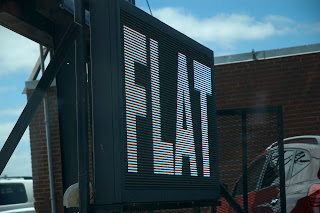 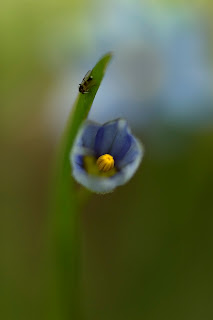 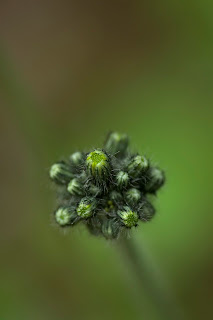 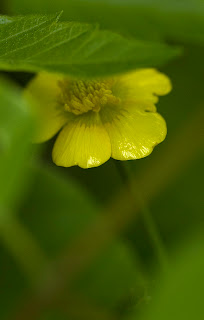 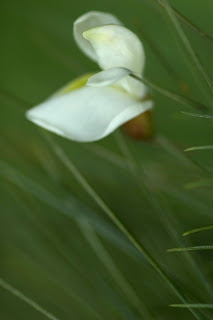 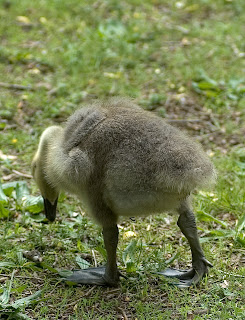 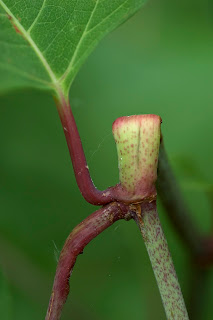 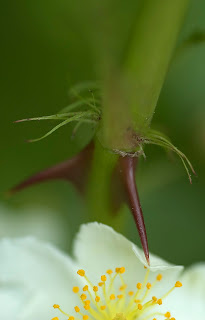 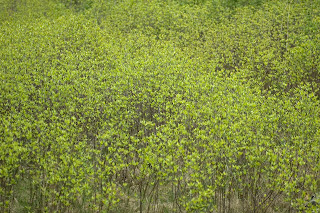 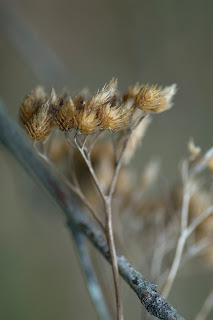 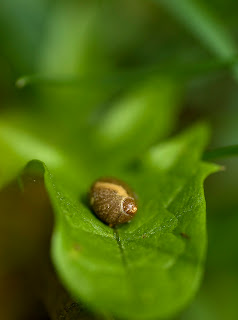 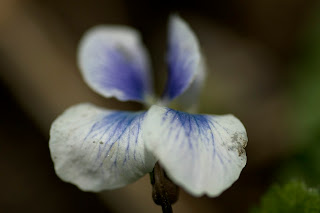 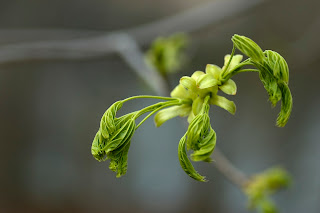 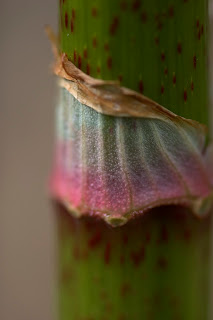 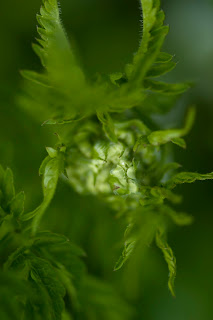 Do I know what the plant looks like, asked my Dad, after I'd bemoaned my recent self-diagnosed case of poison ivy.

Does weed woman know her Rhus Toxicodendron ? Hell yes. I know its tender red shoots, its classic trifoliate leaves, its trunk-ascending, dendrite-covered vines, its dull ivory clustered fruits. Rhus has been a faithful companion on most of my photographic excursions. And yes, I confess, I have not given Rhus its due. I have engaged in hubris; I have considered myself immune to its powers. I have plunged across fields of it in search of the perfect shot. I have leaned against infested tree trunks and fallen to my knees in blithely uninspected meadows. 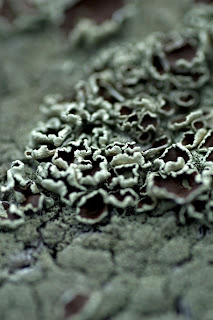 Oh, I will admit, few summers ago there was this itchy patch that lasted weeks. Eczema, I thought, fool-for-a-physician that I was.  But now there is no denying it. I have poison ivy. At first it was a mystery rash -- right inner thigh and outer knee -- pimply, crazy itchy. Two weeks into it, in a meadow in fact, I had a revelation: as I crashed down onto my -- right knee -- going for a shot, I realized that pimply itchy rash was exactly where genuflecting leg meets meadowgrass. 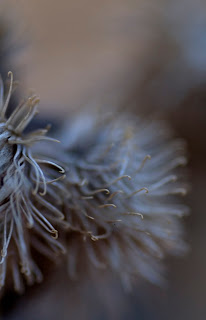 But, alas, it was too late. Within the week neck, back, arm and hand had all blossomed with new crazy itchy pimply spots. Clearly Rhus was getting in its final lick.

There is a theological metaphor hidden in here. There has to be.  This is, after all, Paula's House Of Toast, where everything gets half baked into some species of metaphysical gâteau. The angry, vengeful God reading is just too obvious. I am, dermatologically speaking, tempted to go the Job route with its excellent denouement, that theodicy-busting out-of-the-whirlwind voice that puts humankind in its place once and for all.  But, ho-hum, I am so jaded lately that even Job fails to charm.

But, speaking of jaded,  what about Qohelet,  Ecclesiates the Preacher ?

For everything there is a season, and a time for every matter under heaven.

Yes, yes, of course, a time to itch and a time to scratch yada yada yada, but that's not quite it. We're talking, as we usually do here, of matters of theological life and death, not just steroid-responsive dermatoses. 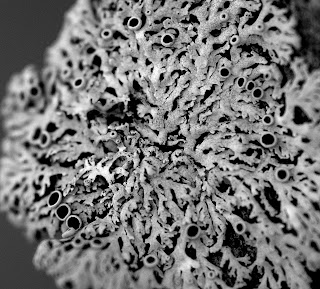 When you get right down to it, it has always been a matter of semantics. What's a convenient shorthand for the old that there is something rather than nothing ? 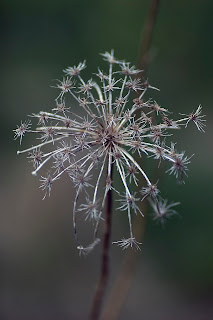 God ?  OK. So far so good. Say Ground of Being or Buddha Nature if you prefer. Same gesture.  And if you want to go out on an analogical limb and say that this, our "Ground," in grounding us, "loves" us, well then knock yourself out. I mean we're all about the stories, right ? Bedtime stories, horror stories, police procedurals, Harlequin romances, creation myths -- every word is a small story. But before you know it, the Ground not only loves us, but is absolutely crazy about us,  then it whelps a Son, and a Ghost, not necessarily in that order, and there's more doting, not to mention heavy circumincessioning, and the story gets splattered on every philosophical wall imaginable in more and more Byzantine permutations and before you know it pedophile-protecting Bishops are investigating the Girl Scouts ! 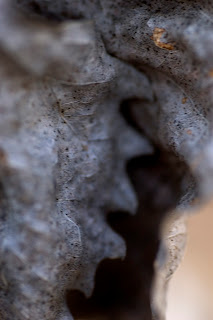 Lately, it feels like my complicated religious "season" is giving way to a new and permanently wintry one. 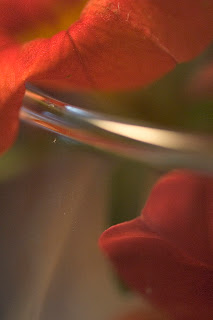 And I am, for the time being, proceeding with caution in ecclesia etiam in silvis. 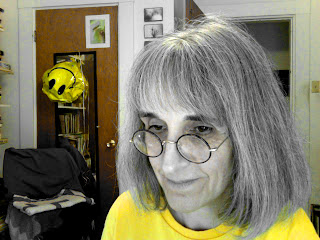