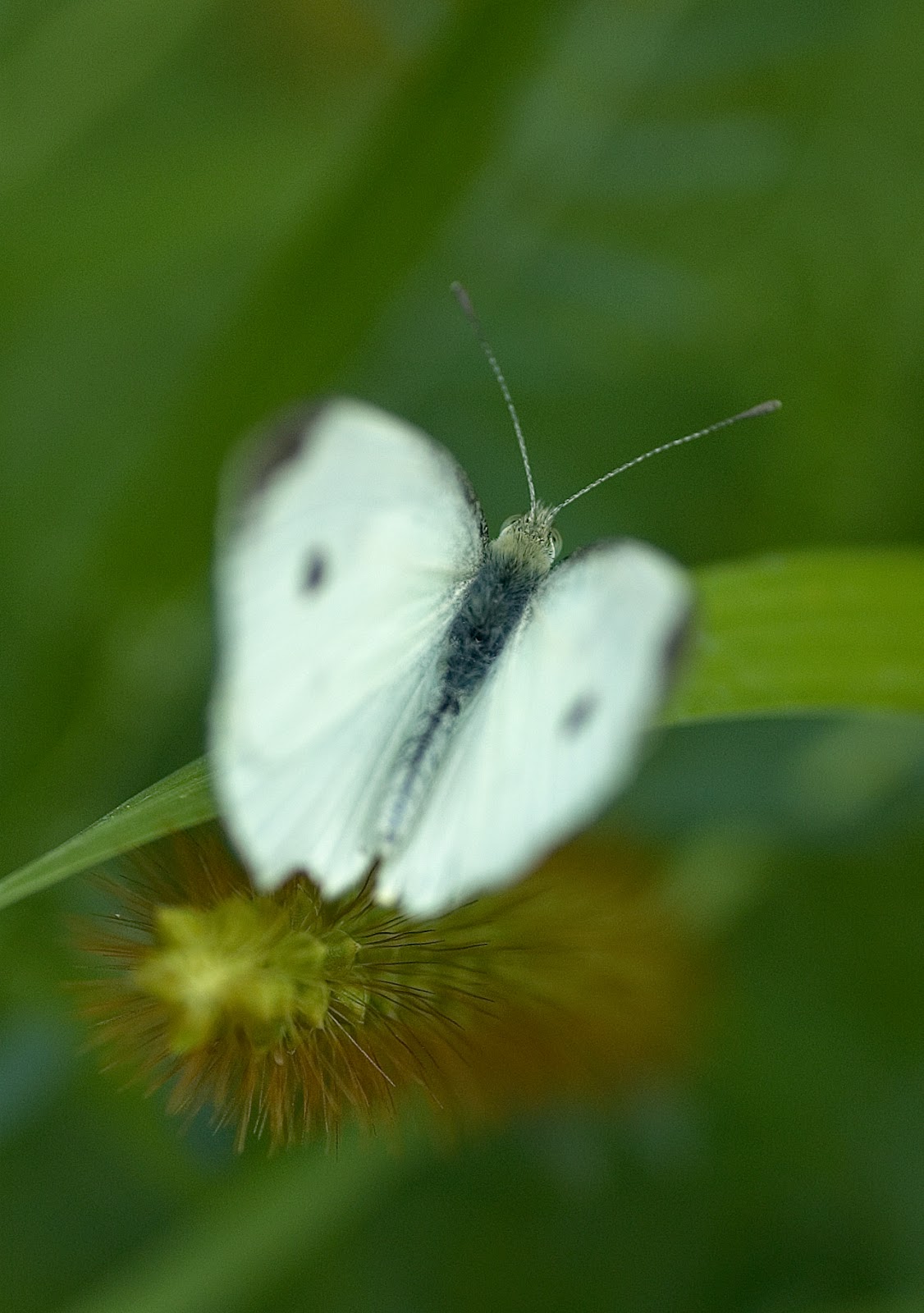 August, seasick with revelation,
sloshes the slime green pilings, its
I am
thundering, enlightening, nauseating by turns

The heat of anguish
is ultimately unsustainable and

the empty hammock sags between
Palestrina
and the mass grave

It wasn't so much a leap as a step, a movement so subtle that even I barely registered it. But it's true: at some point in the past year or two I'd simply stepped off the edge, consigned myself to space and gravity -- a demotic into thy hands moment -- an anti-Icarus gesture lovingly prepared along with my face before its birth. Of course, one seldom gets away with such half-assed leavetakings. Transparency ? The most I could muster was a mottled translucency. 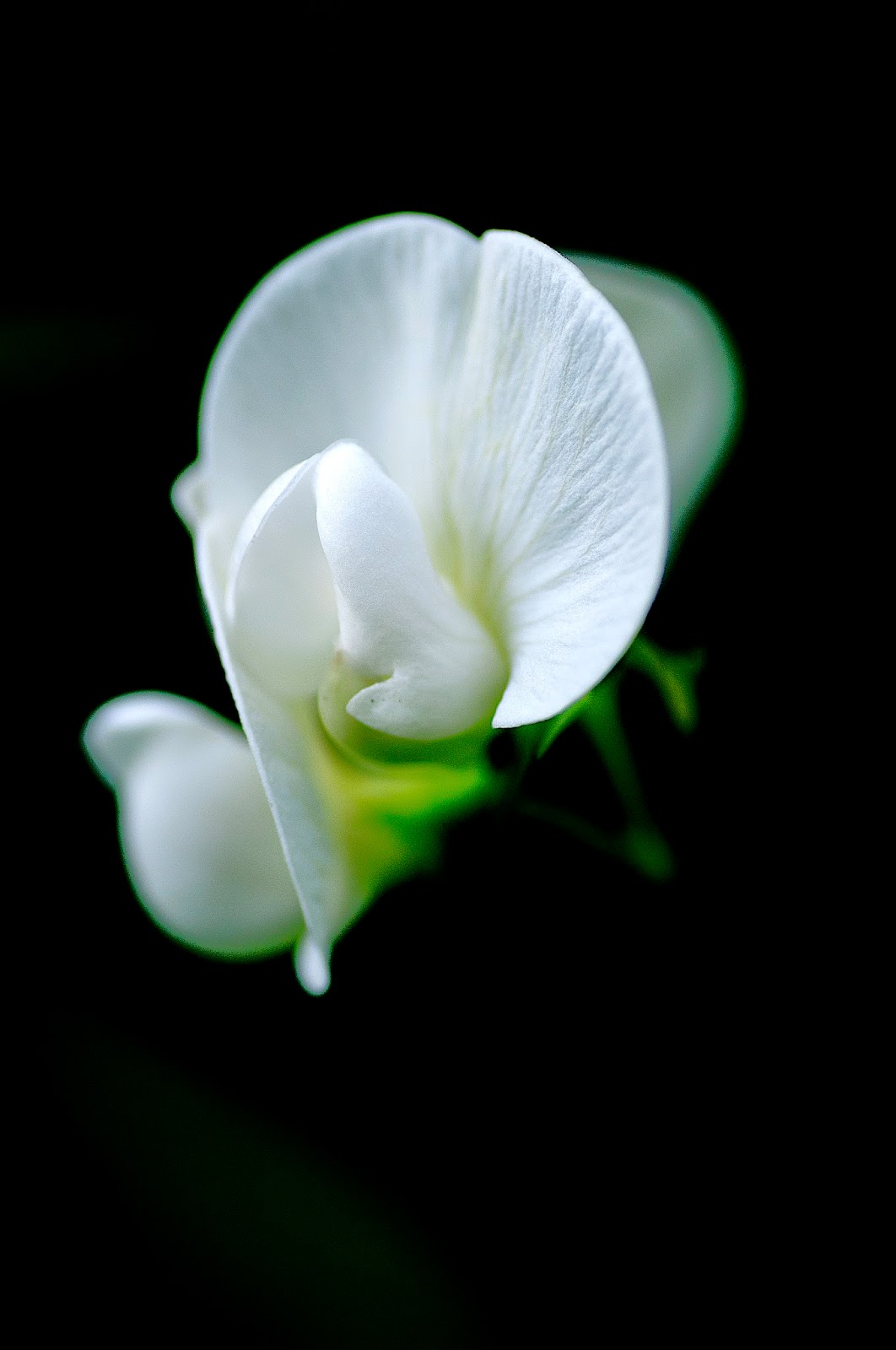 So when the Calle Verde rose up to meet me, it was as if I'd finally broken through the bottom of a green Jello mold which I'd mistaken for something sheer and no-man fathomed (GMH) and through which I'd been slowly sinking. And now that I've showered off the the green quivery bits and had the most of the red squishy bits sucked out of my head, it's time for the inevitable Apologia Pro Vita Sua. You've been warned. 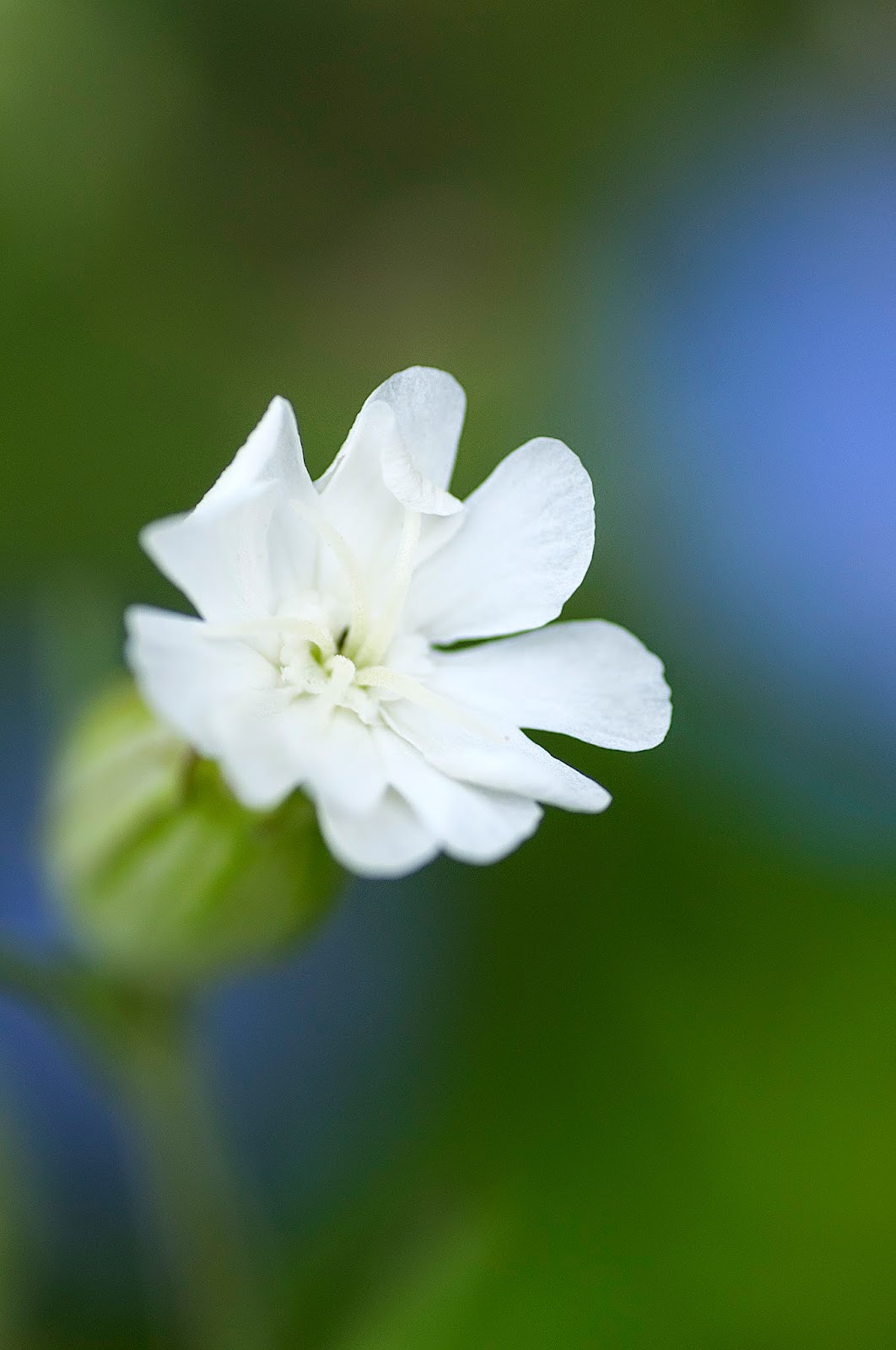 An apologia is not exactly an apology, a verbal act of contrition -- it is, rather, an explanation, a rationalization, a justification of something. I am, I must confess, caught between the two genres of apologia and apology. My hardwiring (oh poor, battered brain) includes introversion, shyness, reclusiveness, retreat, social anxiety. The permutations of these are endless: scorn, contempt, groundless boasts of self-sufficiency.

The nocturnal excursion that led to my tryst with the sidewalk was fueled, in part, by a need to avoid small talk with people I barely know, the old self-consciousness that has been my shadow for as long as I can remember. Standing behind this persona and clamoring for position is its antithesis: the self that longs to be admired, loved, on display, praised -- a very old self I used to, in poems, call Dancing Bear. 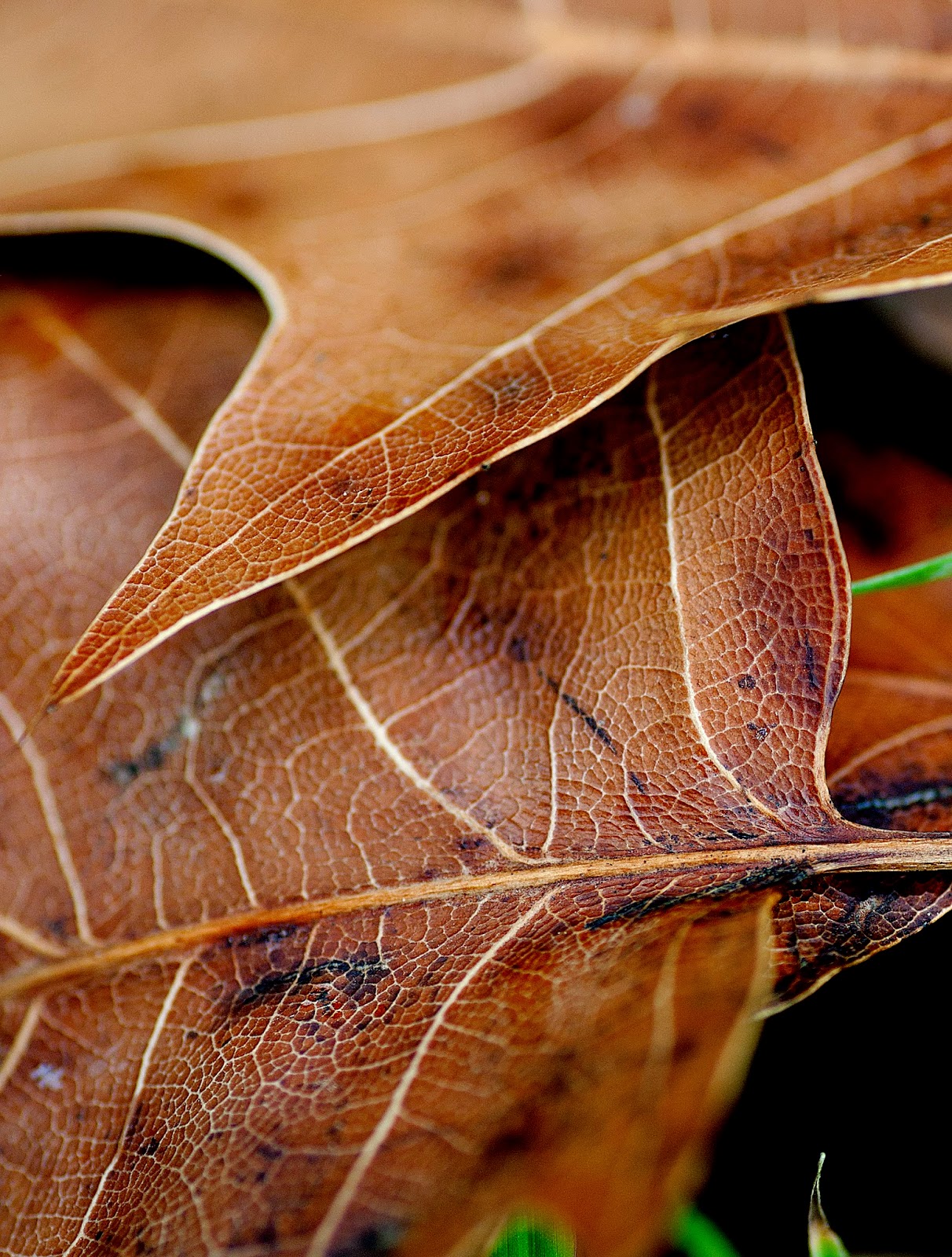 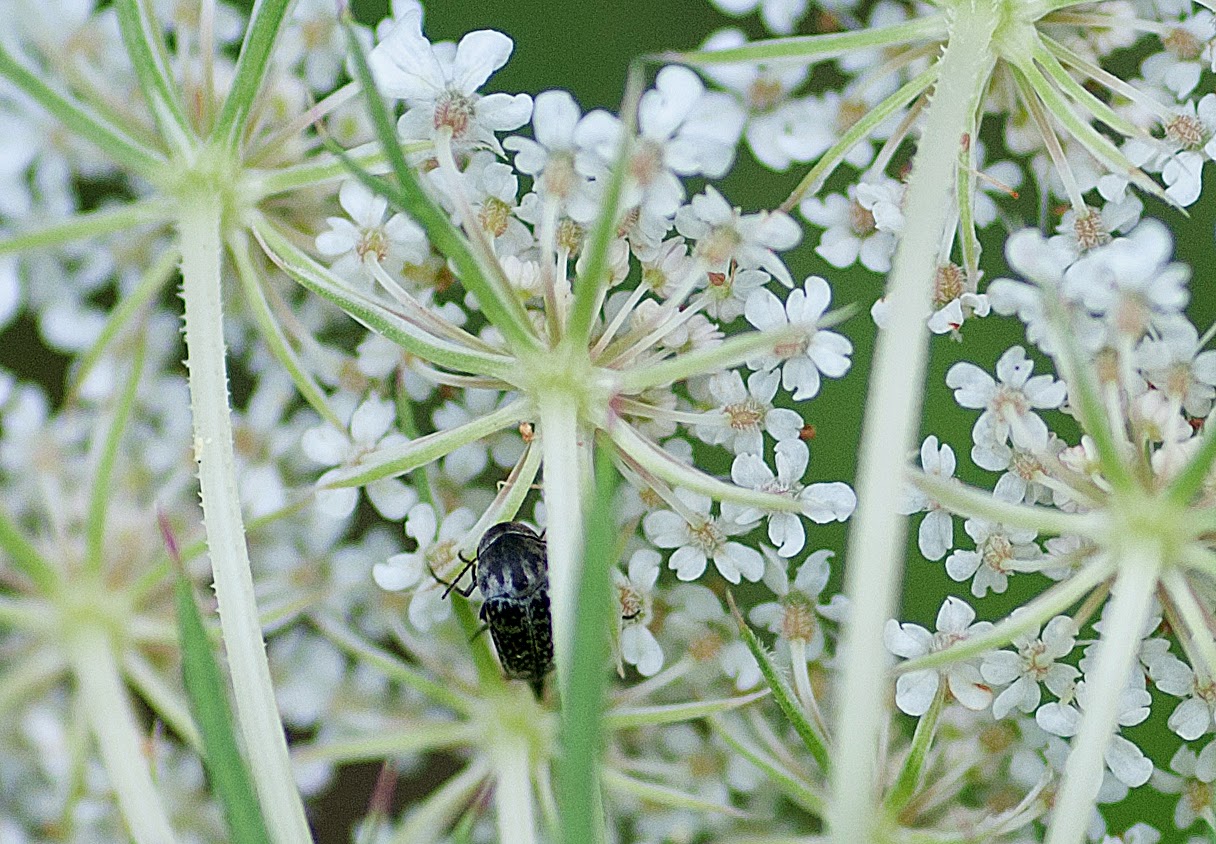 So apologia, then; but also apology for my manner of being-in-the-world.

Lithocardia, as the prophet said. A heart of stone. Dense as a black hole. From which no light can emerge. 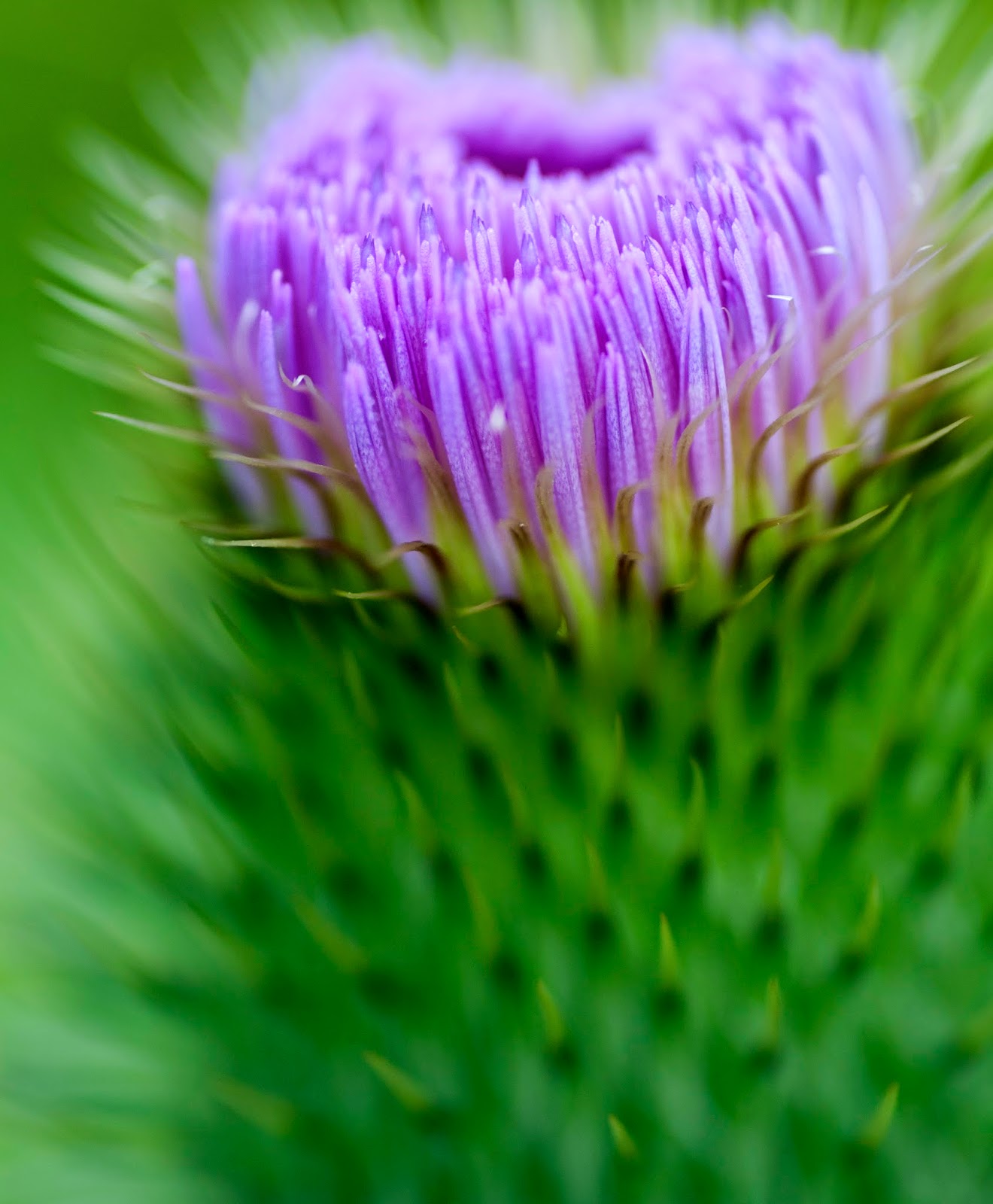 This is not a blinding, new insight, and I'm not saying that I haven't loved or cared for people around me. But I could have succumbed less readily to the cold gravity of retreat and withdrawal, could have ventured forth more from my hermitage, anxiety notwithstanding; could have been less self-centered; could have returned love more generously, could have reached out more, or reached back when love was offered. That's the apology. The confession, the hope for absolution, for the mercy which by definition is unmerited, gracious --

I say that we are wound
With mercy round and round
As if with air ... (GMH)

If only I could believe it. 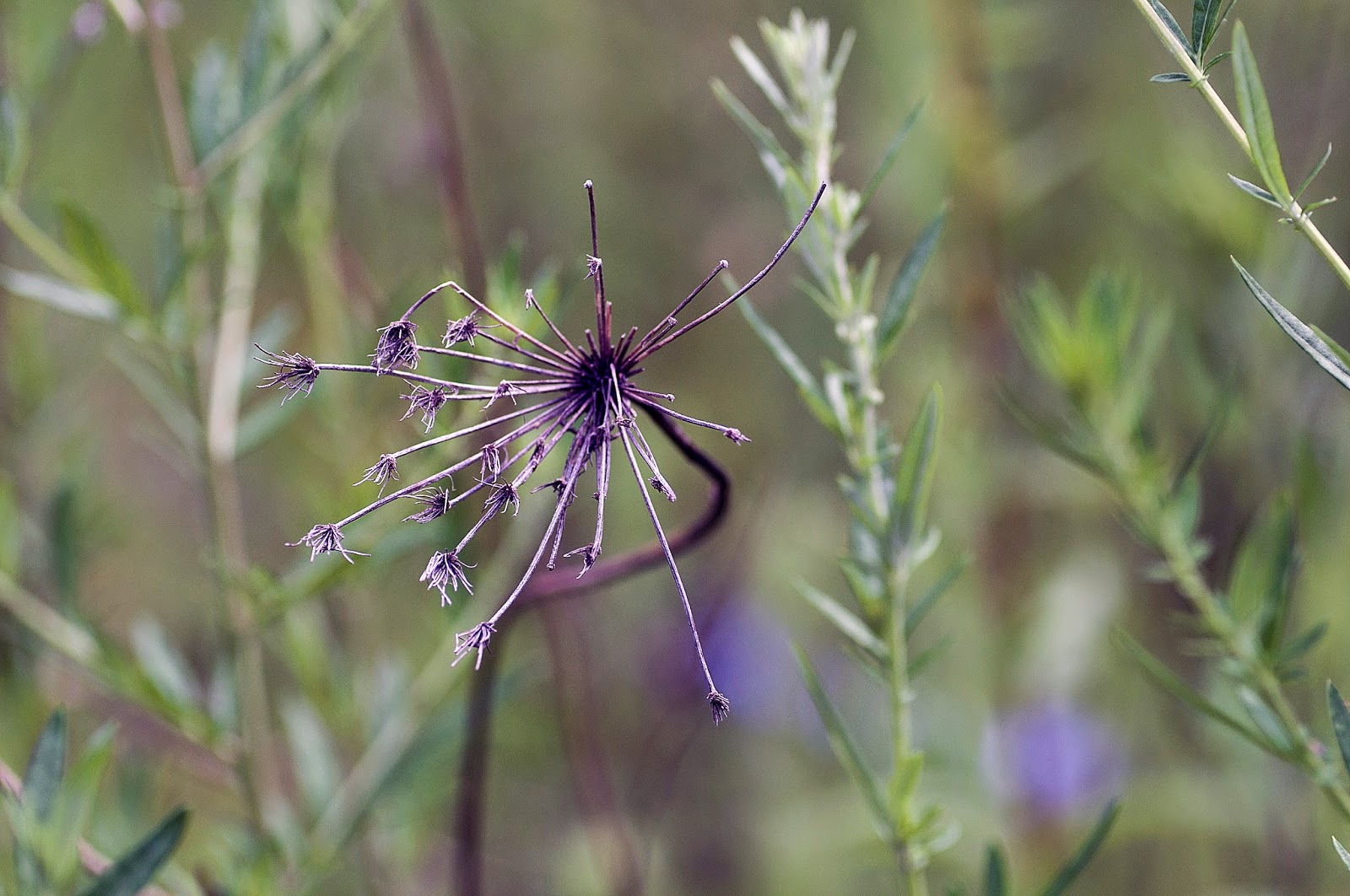 So in this sunny, mercifully cool end-of summer -- in this forcible, temporary retreat from the world -- 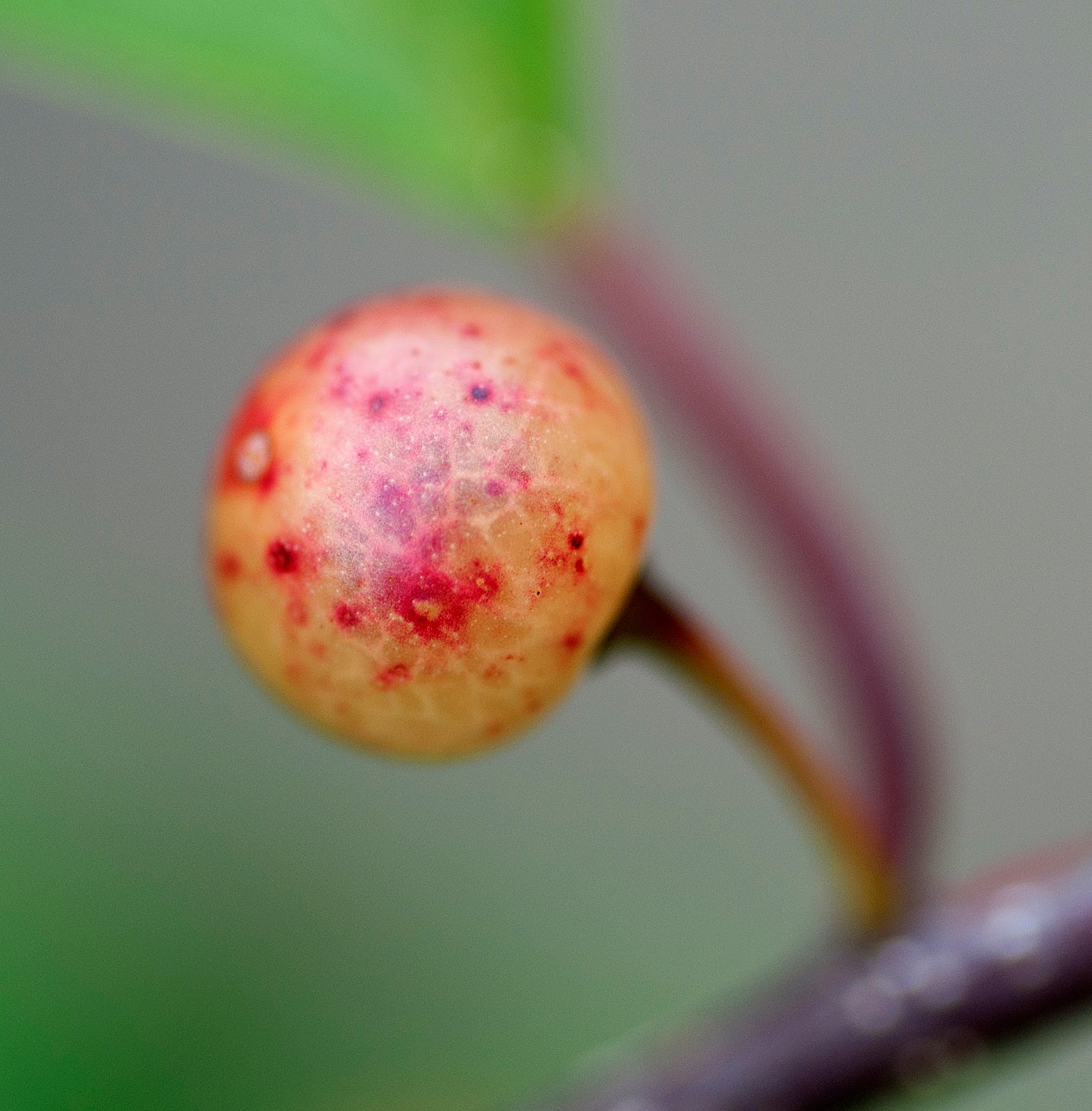 I attempt to scale the walls the narrow crevasse between apologia and apology into which I appear to have fallen, 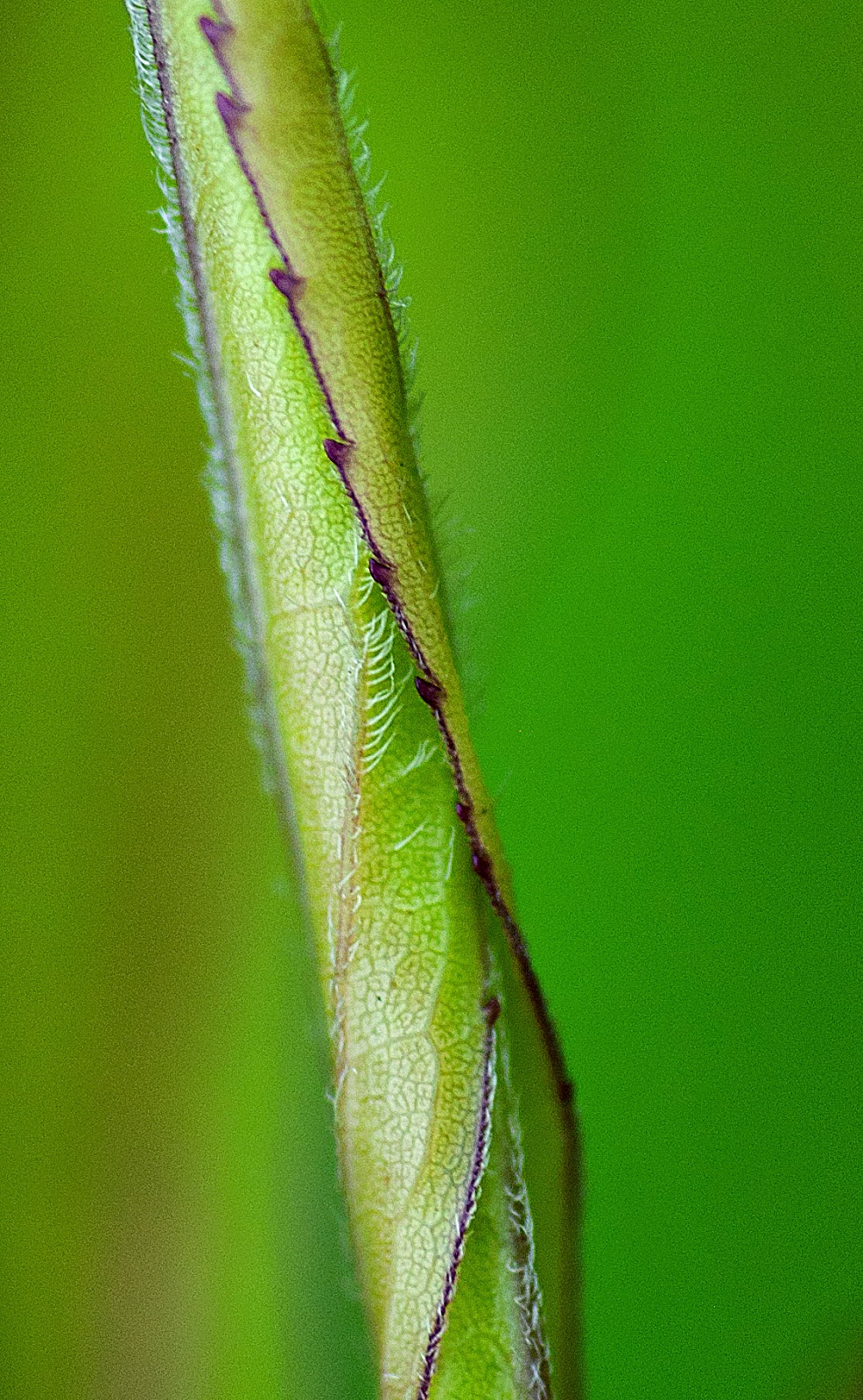 A Hole In The Head. Literally. 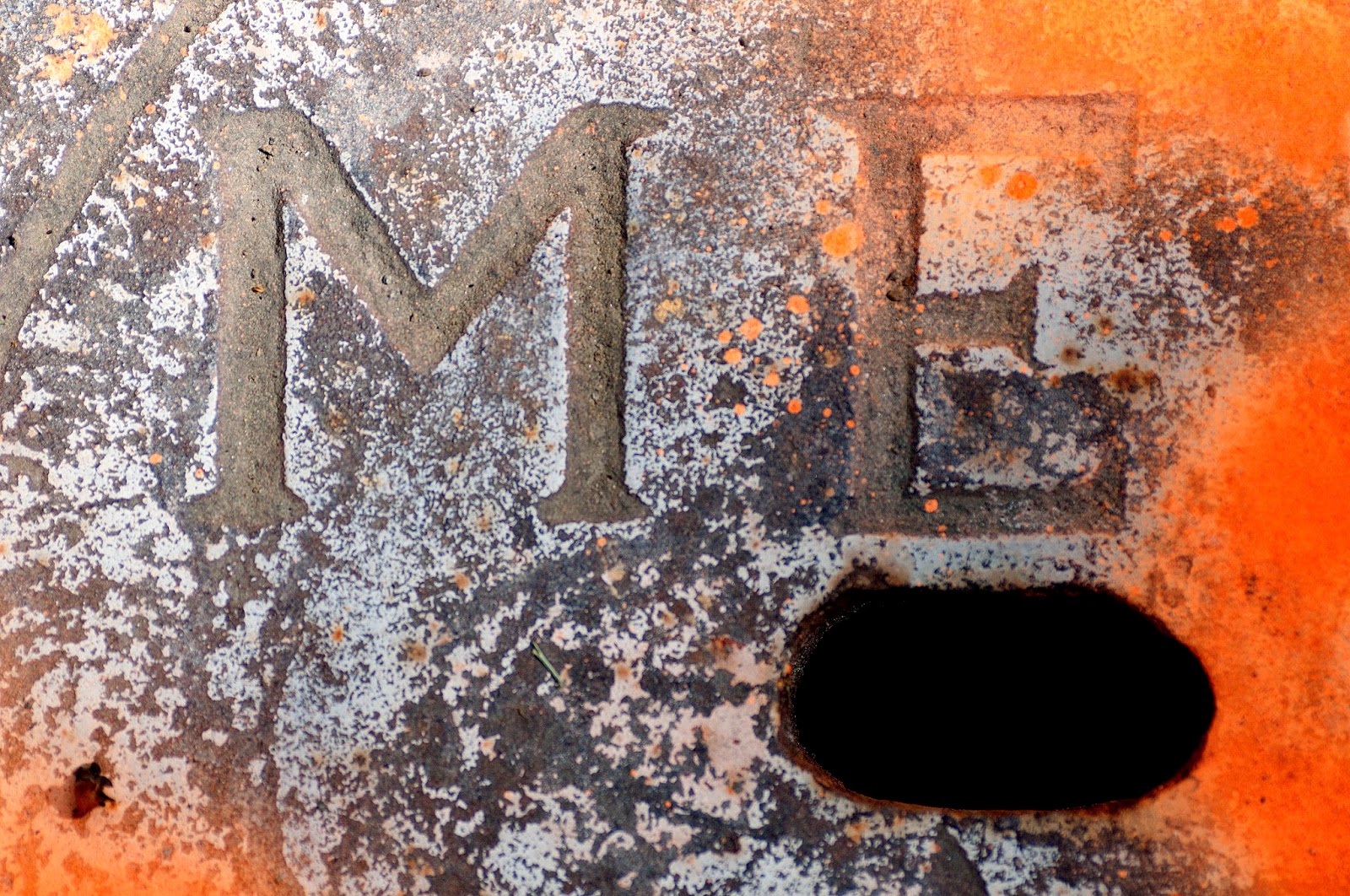 In late June, a few seconds after finding myself face down and bleeding on the dark sidewalk a few yards downstream from the Green Street bus stop in Central Square I suddenly thought of the line from Malcolm Lowry's Under the Volcano,   But suddenly the Calle Nicaragua rose up to meet him.

But unlike the drunken Consul,  I was stone cold sober , and had no memory whatsoever of the split second between strolling in the dark killing time before the arrival of the 10:35 bus and the rising up of the Calle Verde and its infliction of head laceration, nosebleed, fat lip, elbow wrench and smashed glasses. No Oh, shit, I'm falling, no oops I've tripped -- just the post-lapsarian state of having fallen. Lord have mercy.

A  kindly young man came to my aid; he ushered me across the street to the bathroom of the parking garage where he worked and where I did a rudimentary self exam and toilet-paper-based blood stanching, concluding I was not ER material and that if my fellow bus passengers objected to my ghastly visage, well, they could simply keep their eyes glued to their devices and ignore me.

I'd been to my husband's big band concert at the Cambridge YMCA and had opted, as I often do, to take the bus home rather than wait until the clean-up activities to be finished. Nonetheless, when I arrived home, he was in the driveway and was understandably aghast at my smashed face. All would be well, I reassured him. I'd go to urgent care in the morning. 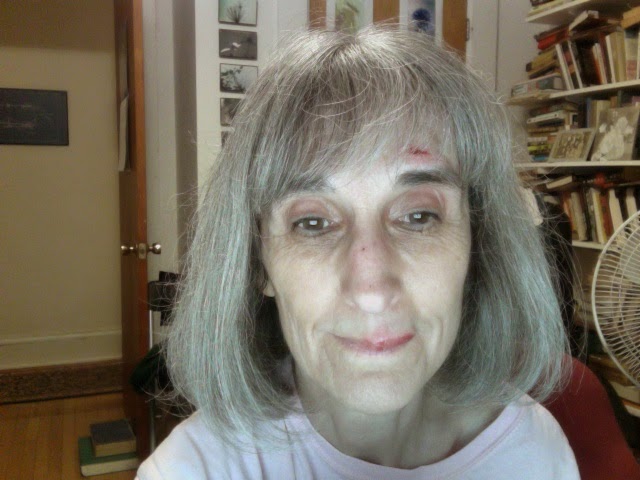 All was, more or less,well: the fat lip receded, the elbow xray only showed a small chip at the site of the ulnar collateral ligament (am I they only person on the planet who has not heard of "Tommy Johns surgery" ?) and the head CT was fine. Two days later a sanguine orthopedic PA issued me a David Cronenbergesque  (cf. Dead Ringers)  hinged elbow brace that I was to wear 24/7 for a month --
and, by God, I got through that, too. 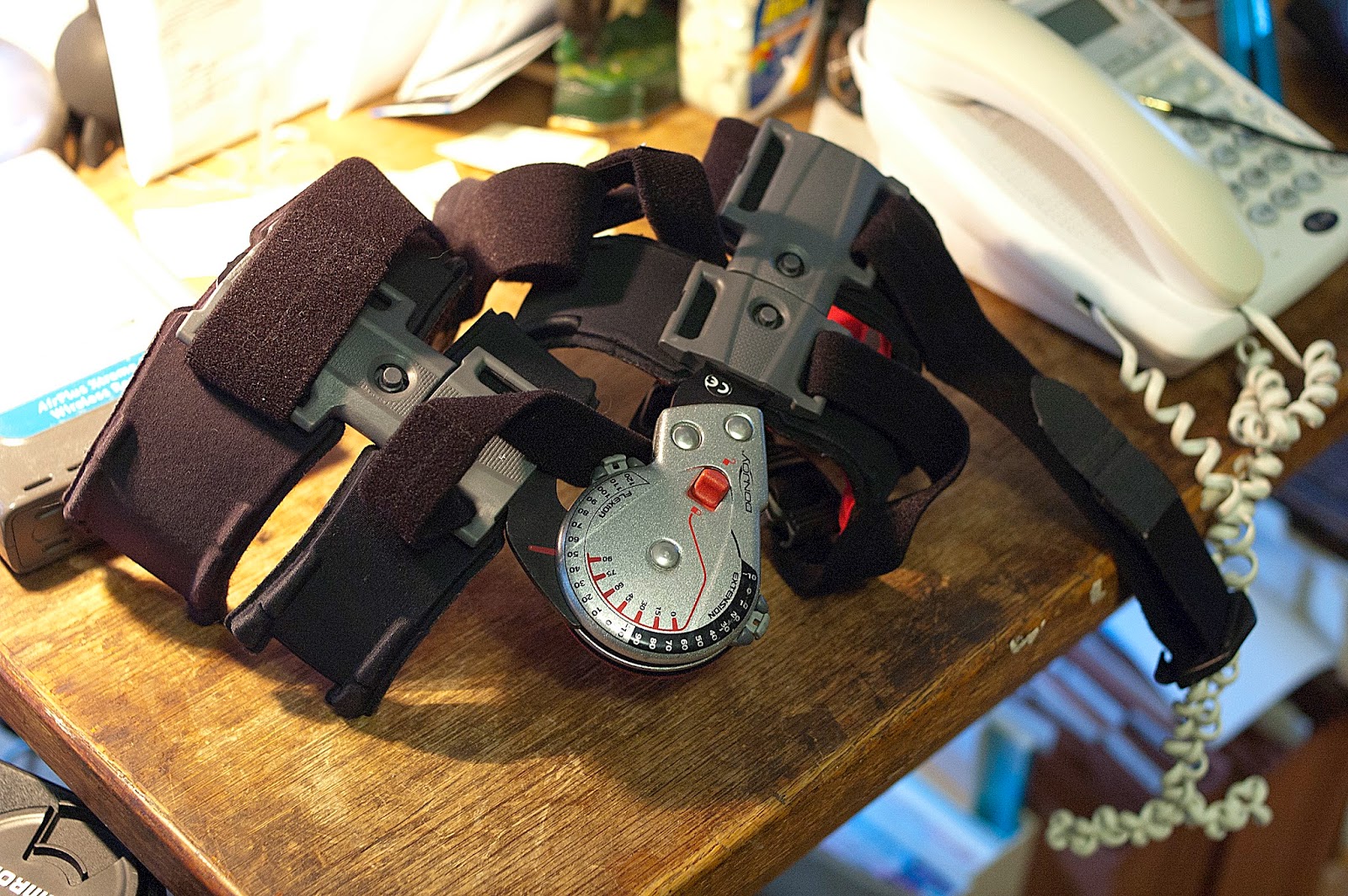 I had no time for the trivial headaches that I eventually realized had been waxing and waning for 2 weeks and for which I was eating untoward amounts of ibuprofen-- my neck, I thought. Caffeine withdrawal. Wearing glasses so old I could not remember how many prescriptions ago I got them.

Then, suddenly, ten days ago, a Sunday, as I descended the stairs, my left leg gave way and shook for a few seconds, a strange little event that saw fit to happen 4-5 times that day; I went to urgent care again and everything seemed normal. Neurology consultation could be arranged on Monday. On Monday I had 60 seconds of complete left foot drop and by Tuesday night I was in the MRI tube having had time to conclude that I probably had a chronic subdural hematoma, a slow accumulation of blood under the brain covering that can happen weeks after trauma. As I returned to the waiting room I glanced at the screen where an image of the top of my brain was displayed -- my God, I thought, I'm right.

And when the MRI tech instructed us to have a seat, that the radiologist would be in to speak with us momentarily, I knew something was up: I was right -- chronic subdurals on both sides, with my brain shoved 5 mm to the left which is, let's just say Not A Good Thing.

Giddy, I turned to my husband and announced -- I was right ! I am a genius ! Now I'm going to swagger about !

We were directed down the street to the ER at Beth Israel, where, still puffed up with my diagnostic brilliance, I smiled like a madwoman at the intake clerk and announced:

Hi  ! -- I have bilateral chronic subdurals with 5 mm of midline shift !

So, long story longer -- I had more scans, got admitted, got my head cut open last Thursday by a kind neurosurgeon (who meticulously preserved the hairdo, such as it is) -- I wish I could report it was a trephination, which is such a cool and historical procedure -- but it was a more humdrum "minicraniotomy"-- and the whole thing was (he told DK) "textbook." (And, boy, did I ever get great care at the BI !) Came home Saturday. 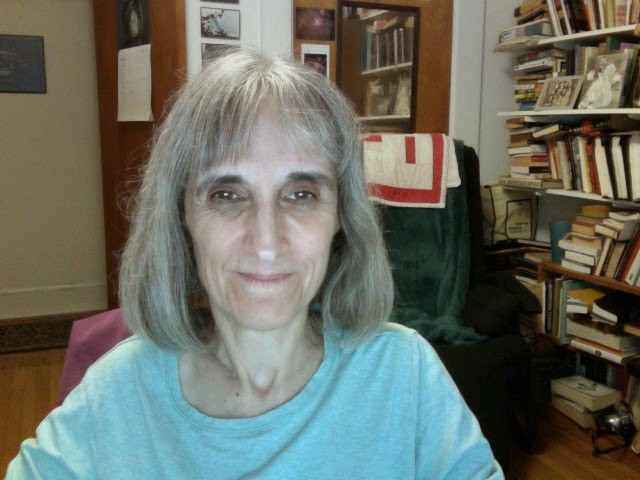 So here I am, forbidden to drive for 4-6 weeks, indulging a strange craving for strawberry jam, devouring Nordic police procedurals insatiably (comforted by the fact that I am in good company) and cared for by my doting husband and son.

And oh yeah -- my Green Street Nose Dive is the proverbial gift that keeps on giving: the contrast CT showed an incidental "tiny" AVM (tangle of blood vessels I've likely had since birth) for which I'll have an angiogram next Tuesday.

Then what ? That remains to be seen. 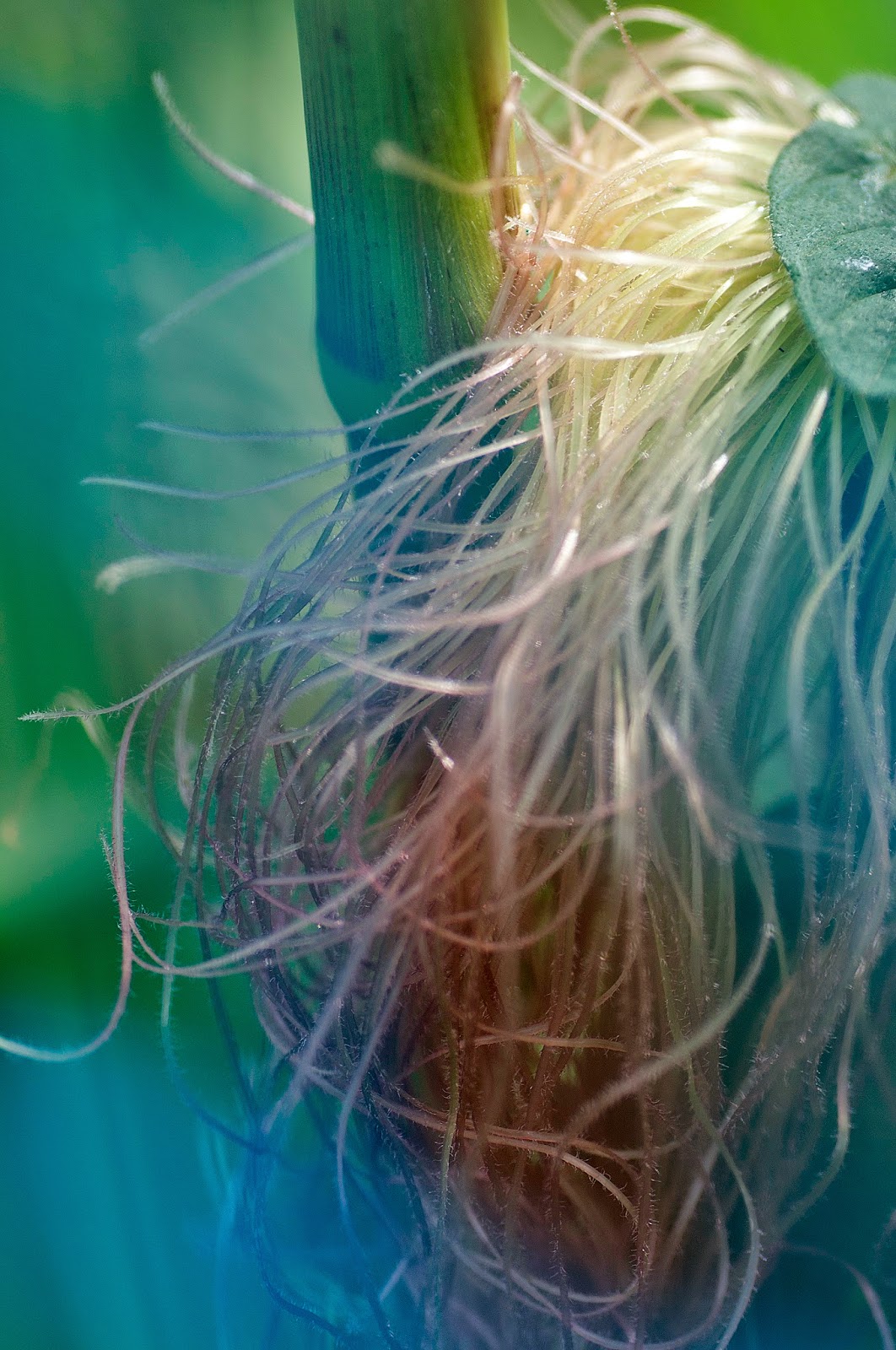 Here's a more cheerful Dive (Lake Street Dive) by way of apology for such a self-indulgent tale !