A Tale Of Two Turtles

Last week I took a walk in the town's new conservation land, Beaver Brook North, on paths winding through the meadows and forests of the grounds of an old, long-closed State Hospital. I'd once, in a poem, called that part of town "the landscape of the fucked" for the plethora of institutions there, from Metropolitan State Hospital, to the Fernald State School, to, upstream and just across the town line in upscale Belmont, the psychiatric hospital of the stars, McLean. It was democratic, this landscape was, as democratic as trouble itself. Met State was already being rehabbed into condos. Governor Romney, a Belmontian, had his beady little venture-capitalist eyes on Fernald, hot to evict profoundly disabled, elderly residents who'd lived there for their whole lives so the property could be sold and made into -- what, condos ? 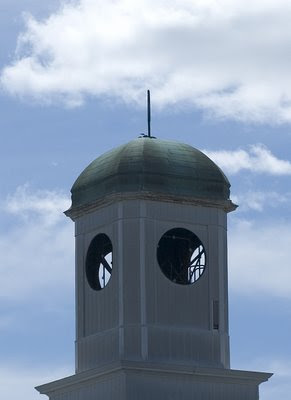 So there I was, one hot Sunday afternoon, exploring the carriage roads of the rapidly gentrifying landscape of the fucked. The weeds were good, and plentiful: no municipal grim reaper had yet been dispatched from the Romney administration to lay waste to the beautiful roadside waste and trim it into lawn. Mullein, touch-me-not, pokeweed, foxtail, blue curls, rabbit's foot clover, barnyard grass, jimsonweed, hoary alyssum, tansy, Queen Anne's lace, yarrow, sorrell, goldenrod all grew unchecked. I turned down a hot gravel road and saw two teenage boys peering intently into the roadside scrub. I pushed down a frisson of unease, an expectation of boyish mischief afoot, and approached. 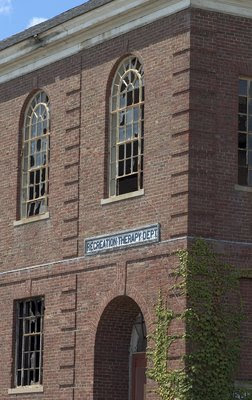 After stopping to photograph a yellow mullein blossom, I walked up to the boys. I was curious. Down a small embankment at the edge of a small stream there was a third person, a man.

"What's up ?" I asked. The man pointed excitedly at the water. An enormous turtle was floating under a branch. The boys were excited, too. They were looking intently at the big, floating shell. One of the boys looked at me and explained.

"We found him up there at the state hospital. He was stuck in a window well. He couldn't get out. We just happened to look in there. He must have been stuck there for two weeks. We pulled him out and carried him here and put him in the water. We didn't know what else to do. I think we got to him just in time. But his eyes, his eyes look all messed up. All, like, dried out. I think he's blind. He must be happy to be in the water again. I'm glad we came along when we did. But I think he might be blind. But he'll be OK, I think. He just needs a little time."

We all stood and watched the big floating shell. Did it move, or was it simply rocking back and forth in a current ? 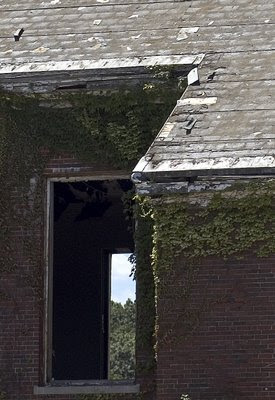 Only time would tell. The boys had acted out of compassion for the poor old creature. They had done their best. I was chastened, but glad to have my expectation of mischief disproven. 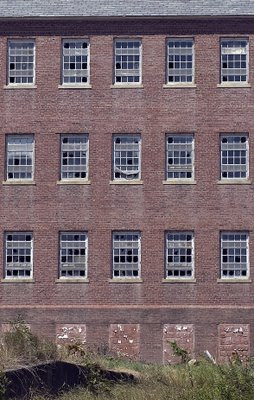 Late today, after walking along the river path, I turned onto the footbridge that leads back to the parking lot. Partway across was a group of boys and one man. Some of the boys were fishing. The man was excitedly wielding a cell phone. Was he photographing something with it ? There were often turtles, big ones, visible from the footbridge, paddling just under the surface among the streaming weeds. People often stood and watched them, calling to one another and to any passing stranger to look. But they were hard enough to photograph with my big camera; I couldn't imagine a cellphone cam could pick up more than a fleeting shadow. 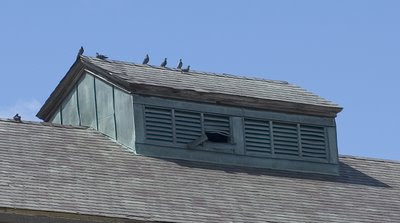 I approached. It was a turtle. A turtle not under but on the bridge. A big snapping turtle, a foot and a half across. I was aghast.

"How did it get there ?" I asked a blond, crewcut boy. He looked at me warily.

"Uh, someone accidently caught it and pulled it up here."

Accidently ? The thing must have weighed ten pounds. I looked at their fishing lines. There was a big blue net on the bridge. The turtle was trying to squeeze under the railing, to get back at the water. It didn't fit, but it kept trying. Its hoary brown shell was drying in the sun. I stared at the animal and asked the cell phone man, "What are you going to do with it ?"

He shot me with a hostile, offended look. "What are we going to do with it ? Put it back in the water, of course." His voice was defensive, full of contempt. He sneered at me. "We're going to make turtle soup ! And eat him ! Yeah. Turtle soup ! Mmmmm !"

I felt like I'd been slapped. I'd asked a simple question. As much as I disapproved, I didn't think I'd been accusatory. I stared back at the triumphant, smirking face. He was proud of his turtle soup joke. I could hear him repeating it to his buddies over beer, telling a story in which I was the pathetic, grayhaired bitch, making a fuss over a temporarily beached turtle. I could hear the manly, raucous laughter, united in derision.

"Fuck you," I hissed, and continued across the bridge. He looked shocked. I was seething. I was fed up with predatory men, callous men, sarcastic men, self-righteous men. I could barely register what he was calling after me. Halfway to the footbridge's end I turned, looked straight him, lifted my camera, focused -- maybe I should say locked and loaded -- and shot.

As I headed off the bridge I heard him yell -- 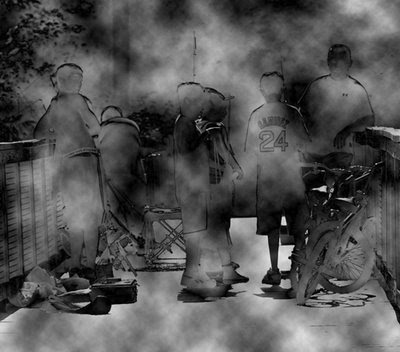 Right middle finger fully and phallically deployed, my smoking Nikon hanging around my neck, I swaggered toward my car.