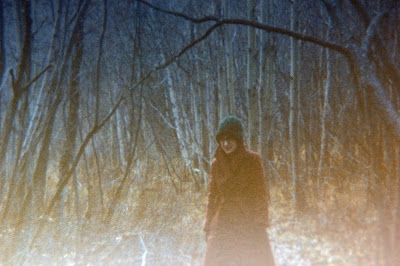 It was one of those odd little news stories, tucked away well inside the paper after the mayhem and realpolitik, something of a human interest palate cleanser, but with a sourish aftertaste: someone has been leaving meat on Framingham Common. Yes, that's what I said: meat. Chunks of meat. Whole roasts, in fact. Speculation as to motive has been swirling, ranging from the most benevolent (nurture) to the most malicious (poison). As has the obligatory outrage -- if not the classic, man-in-the-street's howl of think of the children !, at least think of the puppies !

I prefer to read it as a little, iconic poem -- a sign, a message, from an author abscondicus -- rather than a literal object for consumption.

And, as a reader, I bring my own presuppositions and experiences to the text. You see, I once lived in Framingham. It was during my first medical internship -- an experience bisected by a brief, disastrous, ill-conceived sidetrip to Chicago and psychiatry. During the second limb of my Framingham sojourn I lived on Henry Street, on the third floor of a much-subdivided tenement. 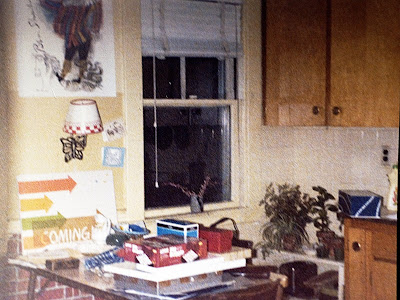 This little apartment was womb to much further ill-conception, the place from which I undertook medicine, marriage, and motherhood, three tasks to which I was most highly unsuited. 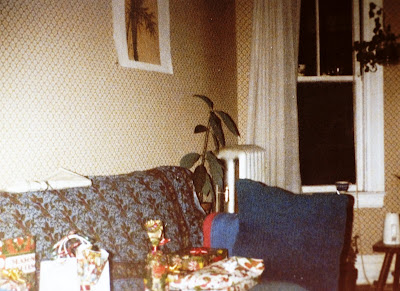 Undertook is too strong a word. Fell, or stumbled into gives more of a flavor of that wandered lonely, in a cloud period of my life. I remember sitting at the kitchen table of the little flat, staring off toward the rail yard, miserable, writing in my journal. Even today I can conjure that leaden feeling of being lost in a life that was somehow not my own, of being carried, inevitably, toward a pre-ordained destination where I would reside, forever, a doomed and despised alien. 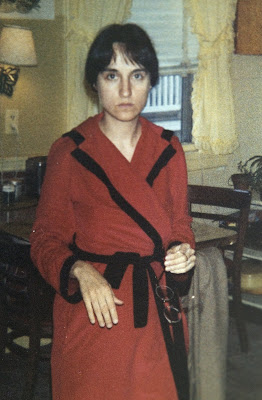 It was all very tragic and ridiculous. 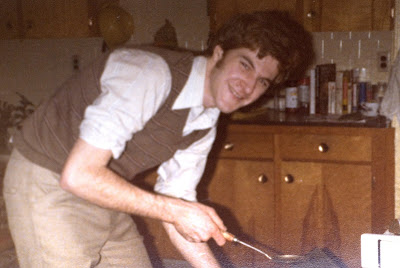 I insisted on a Catholic wedding, odd for a lapsed Congregationalist, but even my choice of wedding gown, except for the fuzzy trim on the sleeves, screamed NUN -- with hood and high white neck it was plain, almost severe. But instead of bride of Christ, I was becoming Bride of Philip. Who was Catholic, but only nominally so. 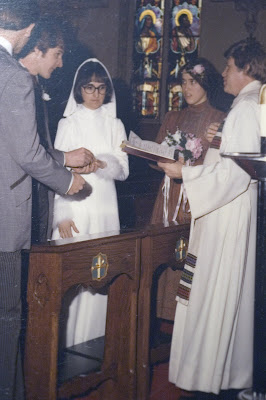 We had had the obligatory pre-marriage sessions with Father B., our hospital chaplain, and had probably promised to raise any potential progeny in the Church. What was my spiritual affiliation at that time in my life ? None, unless you call a state of continuous existential emergency an affiliation.

Epistemology of the morning:
in the rooms disgust returns to itself
manifold. Oxen of the dream herd home
to low and drool at the day's slats.

Oh light, trite and complacent
as a god, what was your face
before my birth lathered it
with this slow blood ?

So as I stood in the pulpit at St. Augustine's reading St. Paul's famous passage about love from Corinthians, the camera caught me in a moment of truth: I am gritting my teeth, getting through it like an actress in the nth iteration of a hated play. My glasses are too big, my hair, newly cut for the wedding, is too short, and the nun suit is just not cutting it. The camera has frozen my face in the rictus sardonicus that I would wear for years. An hour earlier my uncle's car, bearing me toward my wedding on a subzero, windy, mid-February day, had stalled at the top of the long hill below the church. It had stalled on the railroad tracks, in fact. In case I was not getting the simple message "stop," the universe was adding an exclamation point in the form of a speeding train. 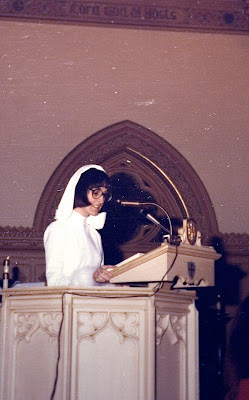 I should have abbreviated the passage and shouted the only applicable phrase:

For now I see in a mirror dimly !

St. Paul knew about benightedness. He knew about sin. He had big time street cred in the conversion department. So I hope he'd forgive my misappropriation of his words from 1 Corinthians 13. I had no context for them. To me they were pretty words about being nice to one another, something properly Biblish about "love," and wasn't that what marriage was all about ? Wasn't it ? Of course I loved Philip. Didn't I ? And even if I'd bothered to read what preceeded these words, the 12th chapter's august dissertation on the Body of Christ, my eyes would probably have simply glazed over.

But, still, something drew me churchward, much like the bright, cozy Christmas scene in the alley window drew the longing gaze of Hans Christian Anderson's poor little match girl as she shivered, unshod, ill clad and alone, amidst the trash and snow. It was an inchoate wish, little more that Philip Larkin's observation that churches were serious places on serious ground. Yes, it was bathetic, and, yes, it was comic, and yes, yes, yes it was doomed. There was nothing in St. Paul's list of love's attributes that I can boast of having brought to my first marriage. I was not patient, I was not kind. I was often arrogant and rude. I did insist on my own way and rejoiced, spitefully, in wrongdoing. I believed in nothing and hoped for nothing. I endured, but only for as long as it suited me. What probably hadn't ever been love turned to anger and resentment. If God's love for us is, as J. MacQuarrie says, a radical letting be, and if human love takes that for its paradigm, I fell completely short. Or, as Bonhoeffer writes in Life Together,

God did not make this person as I would have made him. He did not give him to me as a brother to dominate and control, but in order that I might find above him the Creator. Now the other person, in the freedom in which he was created, becomes the occasion of joy, where before he was only a nuisance and an affliction. God does not will that I should fashion the other person according to the image that seems good to me, that is, in my own image; rather, in his very freedom from me God made this person in His image. I can never know beforehand how God's image should appear in others. That image always manifests a new and unique form that comes from God's free and sovereign creation. To me the sight may seem strange, even ungodly. But God creates every man in the likeness of His Son, the Crucified. After all, even that image certainly looked strange and ungodly to me before I grasped it.

And lacking that -- myself in larger measure than Philip, though I would not have said that then -- we divorced.

To paraphrase Bruno, the inventor of what we like to call the ham joke,

In what town do the pigs attempt to pin their own crimes on others ?

So today, at the foot a tree on the Framingham Common, there lies a slab of beef. Tree and flesh. Carnal knowledge and incarnation. Icon and Mystery, substance and accident. Memorial to a stillborn -- no, abandoned -- marriage. Somewhere along the way the text -- the Logos -- opened up to me. The light was blinding. Today I have both Church and marriage. 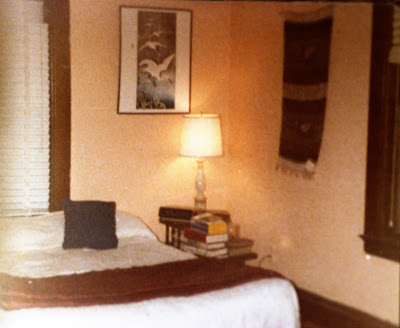 On the face of it (and I submit as evidence two photographs of two marriage beds) not much, but in truth absolutely everything has changed. 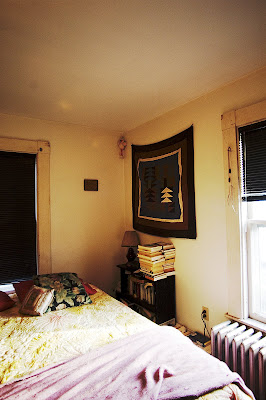