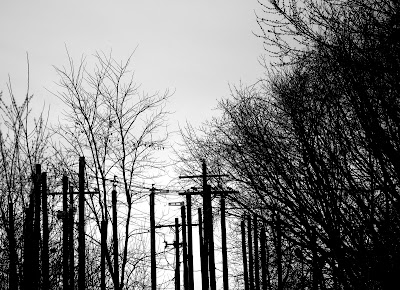 I gave up reading the HoB/D (House of Bishops and Deputies) list for Lent -- read, because people who are not lay or clergy delegates to General Convention, can only read ("kibbitz") and not post.

I began reading the list to get a glimpse into the conversations of the elders of the church I'd joined, and I was not disappointed. What a thrill it has been to eavesdrop on the conversations of thoughtful, progressive, compassionate and learned Episcopalians ! As one might imagine, the list has had many discussions on the GLBT marriage and ordination issue.

I gave up reading the list for Lent because of the several posters of a decidely unprogressive and Biblically literalist bent. Their posts, ranging from smug and provocative jibes, to speech verging on gutter talk about "sodomites" and "agendas" to long-winded, flowery, and self-justifying quasi academic arguments, were hurting my heart, and filling me with unhelpful anger. I was, from time to time, incredulous: could these be the words of priests ? Ordained followers of Jesus ? Exemplars ? Holy men and women ? Leaders of parishes ? Shepherds of flocks ?

It was a salubrious fast and I am sorry I broke it. 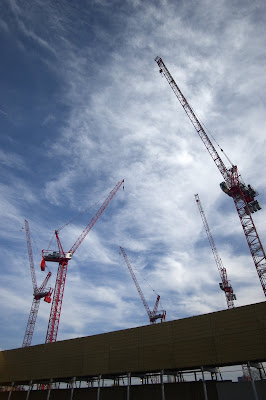 I read something there today so hateful, so absolutely beyond the pale, that , for a few seconds, I felt literally ill.

Yesterday a poster had commented that the movement for full GLBT inclusion in all sacraments of the church needed a "towering figure," like Martin Luther King in the civil rights movement to give it energy and momentum.

This morning a poster, a priest in fact, wrote that such a thing could never happen. That it was "self-contradictory." That it "can't happen." Because the "very orientation" is "unbiblical." Ergo, by definition, there could be no "towering moral figure" fighting for GLBT marriage & ordination rights.

What a breathtaking and clinical example of dressing up one's personal, primal, prejudiced distaste with religious text !

I'd just read in the Globe this morning that the Pentagon intelligence briefings that Rumsfeld presented to Bush contained Bible quotes. As you can imagine, these were not of the "blessed are the peacemakers" sort, but more in the realm of "kill the bastards because God's on your side !"