I watched, yesterday, as two squirrels ferried mouthfuls of leaves up to a capacious crook in the backyard maple tree. They were building a nest, and, oddly enough, it seemed they were building it together. They were industrious and cooperating, ascending and descending like the angels on Jacob's ladder. I wondered about their state of mind. Mine, as one might expect in deepening autumn with a big storm approaching, was sympathizing with the idea of nest and shelter. 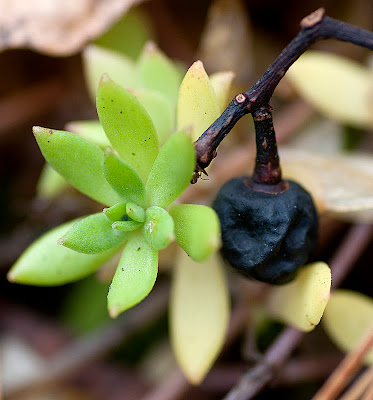 Today, rising wind is tearing off the vivid top layers of their nest. Last year's pulp of gray, packed leaves remains.  I am pulling down storm windows and taping the cracks around the air conditioners. The tape barely holds on a year's worth of gray grit and dust. I have stowed the lawn flamingoes in the garage and am watching the last leaves fall into the back yard. 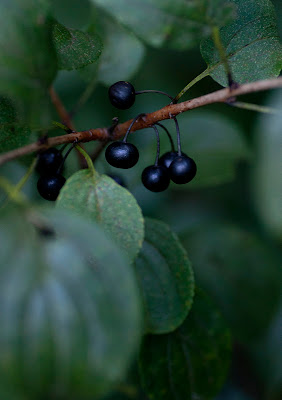 Consider ecstasy: standing beside oneself. There are things that seem to pull us out of ourselves and our ruminations -- or, perhaps I should say "our" ruminations -- for there is an autonomous and almost impersonal life to the currents of thought that stream through our consciousness. The weather -- the darkening skies, the leaves blown sideways, the ping of rain on glass -- attracts and holds our attention and displaces (for a time) whatever tape-loop of anxiety currently seems to be at the top of one's playlist. 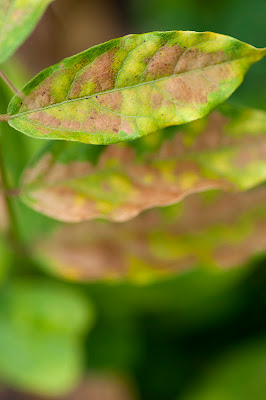 It's the same thing with taking pictures of weeds, I realized yesterday: looking about with squirrel mind, waiting for the frisson of attraction (red leaf, acorn, berry) to animate the arm that holds the camera and the eye that peers through the lens. I am storing up caches of images against an instinctually anticipated great hunger and long winter night. 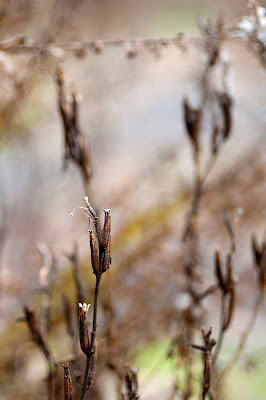 And it's the same with lots of things -- music, reading, writing  -- little ecstasies during which the yoke and burden of the self seem to slip away for a time. And, of course, there are other, less private ecstasies:  sex and church and football and holiday parades and political rallies, up to and including what Leni R. presented in the Triumph of the Will. 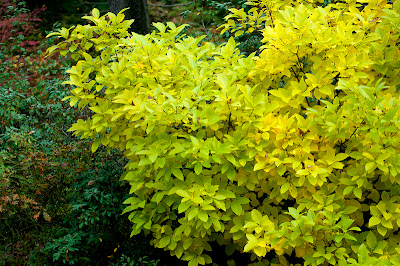 Someone yawns, and soon the whole room is yawning. Someone begins to drub the oddball, and soon the whole gang pitches in. The Adman flashes an image of the next iteration of the i -pod, -phone, or -dol onto our obsolescing screens, and soon we're queued up in an overnight, shivering breadline to get our very own. 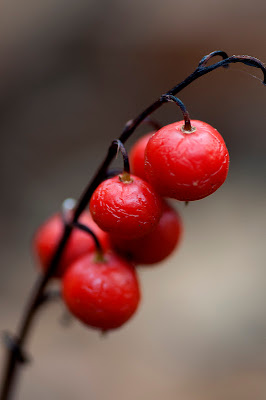 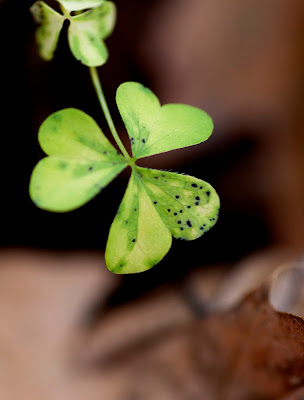 But all this is above my metaphysical pay grade. With respect to religion, I am now, more or less,  a card carrying none-of-the-above. I have yet to cut up and relinquish my Piskie card (much as Piskies were asked to do this weekend with their Bank Of America ATM cards) and I continue to be seized by moments of wishing to re-enter the fold. But by and large, I have resisted them. 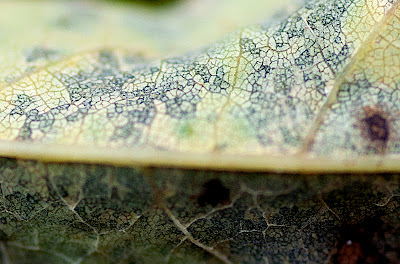 I had a small epiphany, the other day, reading the combox of a Zen Roshi/Unitarian Minister's blog. I had been wondering whether my issues with Jesus made me a defacto Unitarian Universalist. If any denomination seems inclusive in its welcome and broad in its precepts, it's the Unitarians. Why, there's even (I recently learned) a high church UU congregation, King's Chapel in Boston, that uses a version of the Book of Common Prayer in its worship ! 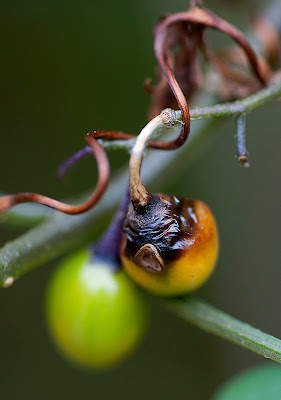 So as I read through the comments on Rev Roshi's blog, I was shocked to read the following from a long-term UU.

I am sick of seekers. 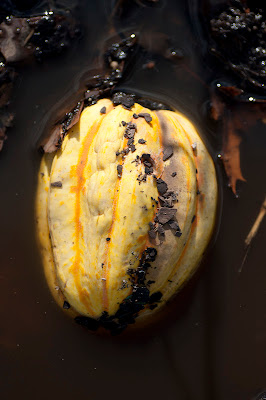 It was a Damascus Road moment. First of all, I realized that no denomination is free of well-guarded boundaries of inflated self-regard and ideology. The sign outside the Catholic Church may say "welcome," but as a divorced and remarried woman I am far from that. The UUs may broadcast their seven principles of inclusion and dignity and respect and interconnectedness, but enough already with the squalid seekers cluttering the back pews, refugees from God knows what backward Trinitarian hellhole, or even, God forbid, from that amorphous, unwashed horde known as the SBNRs ! 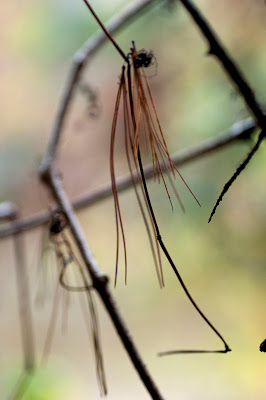 And then, even more to the point, I realized something else. It's not bad to be a "seeker," in the sense that one's metaphysical journey is lifelong, and that the driving questions are almost unfathomably complex and the answers, if indeed there are any, are most likely half-glimpsed and provisional. But there is wisdom in the advice that it takes practice and persistence -- conversion and stability, to put it monastically -- to any religious undertaking.  The Shaker Hymn, Simple Gifts, puts it most kindly and gently -- 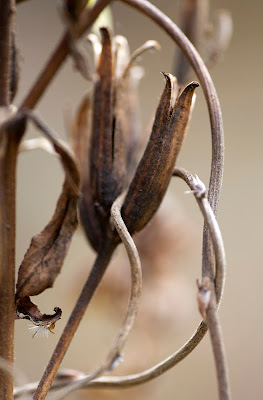 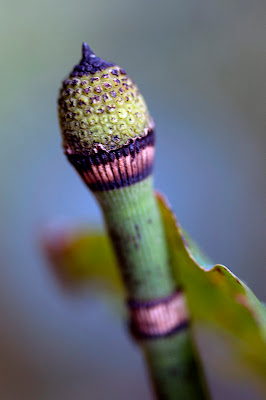 The trick is to find that place just right. The woods are and have always been reliably right. The text of the forest never demands the same tortured hermeneutics as the Bible. The seasons come and go in their own liturgical colors and rebirth follows death as surely as Easter follows Good Friday. But as right as the woods are, are they just right ? 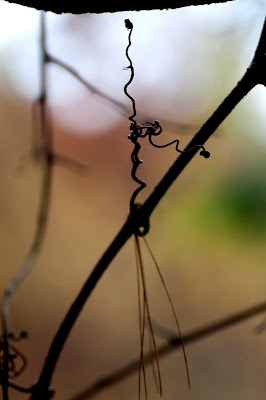 There is, and I am often a stranger to it, an ecstasy -- an escape from the self -- that involves relationship, that most fraught state-of-being. For the constitutionally solitary, the shy, the introvert,  relationship often drives the self inward, behind the barricades that define it. Defending itself, it swells like a puffer-fish, grotesque and off-putting. Or, it simply retreats. 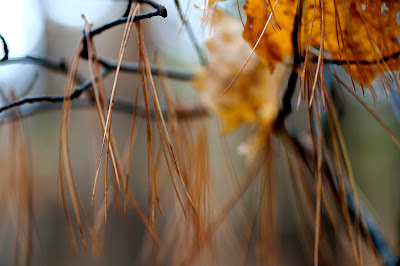 Religions are about forgetting the self; about putting on the mind of Christ, about bowing and bending (before the Other) even while turning and turning and turning (conversion anyone ?) until one comes round right. And it does not escape me that this simplicity is not a triumph of the will, but rather a gift. Grace.

It's all a big, complicated koan -- far too big for me, I fear -- so I begin simply. Putting on the mind of squirrel. And once I've mastered that, who knows ?