One of the great peaceable kingdoms is the late autumn community garden. The trees at the perimeter rise into limitless fog like Gothic towers or human hearts into the Clouds of Unknowing, at least until the morning sun burns through. 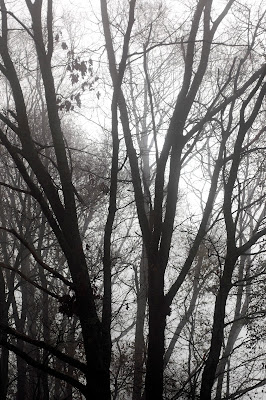 Below, in the realm of things named and things seen, it's the Last Dance, the one before exhaustion, collapse and sleep. Most of the audience has left, but those of us who remain are rapt before the elders of the company -- the angular, wispy and skeletal grand dames whose moves are honed to the essential, 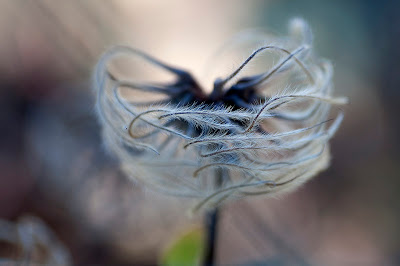 and whose ambiguous names --  Virgin's Bower or Old Man's beard -- fuel a winter's worth of reflection. 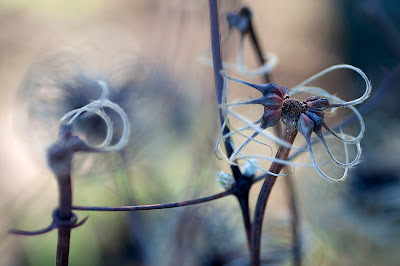 Here, cultivars coexist with weeds, and coiled tendrils coexist with coils of wire. And nothing agonizes over the grand dichotomies -- female and male, art and life, grace and nature, form and emptiness. 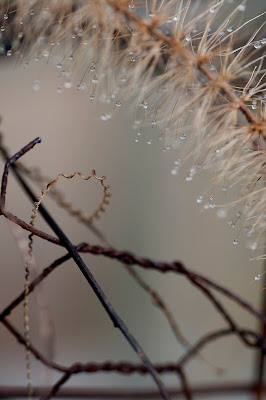 Even life and death, those seemingly irreconcilable categories, collapse into one another's arms. 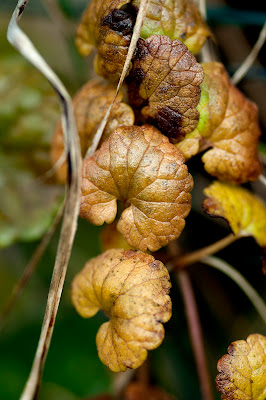 Humility and submission are among the great, classic religious virtues, implicit in the three famous evangelical counsels of monasticism, poverty, chastity and obedience.

The late autumn garden offers its own version of the counsels. The architecture here is that of a shantytown constructed of materials seemingly gleaned from a domestic catastrophe. Doors, 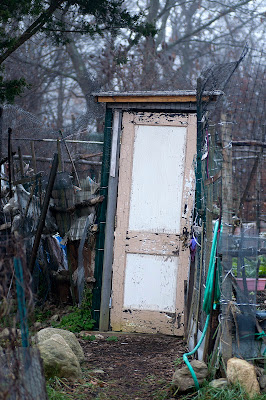 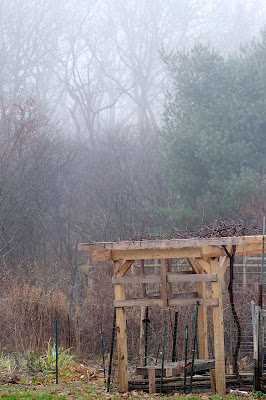 even high-tension wires and clotheslines in miniature 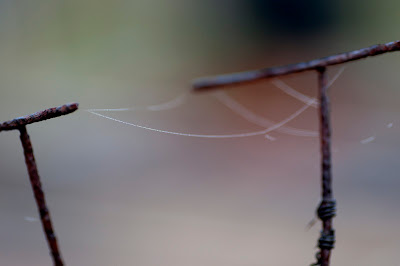 are spare and poor, stripped to the essentials, choirs exalted in their barrenness and ruination, where only the wind chants now, tonus peregrinus of course, until the return of the sweet birds on the far side of the long winter-yet-to-come. 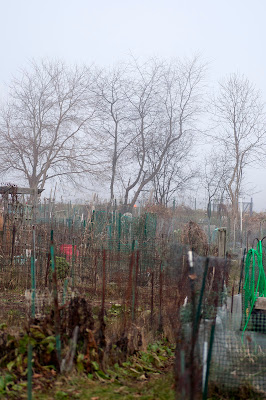 Homely, thrifty, patiently empty and waiting to be filled. And chaste, that is to say declining to transgress or despoil. 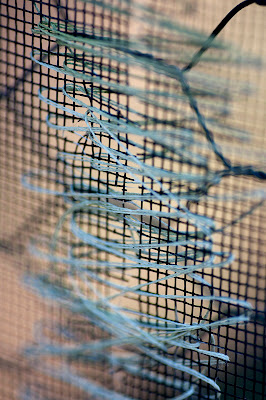 To be, fully, and then to relinquish everything, burning even the old quitclaim deed found in the back of someone else's dresser drawer. 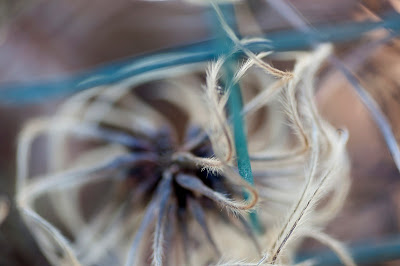 Obedience, in the autumnal garden, is simple. Its scripture, intracellular and ancient, practically reads itself. Its breviaries are extracanonical, its year is natural, not liturgical. 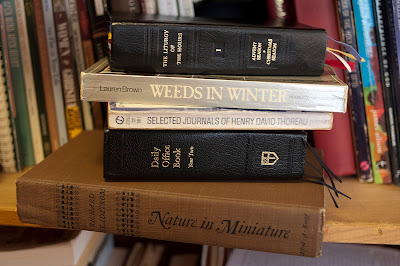 And there are no imprimaturs, nihil obstats or concordats forthcoming, 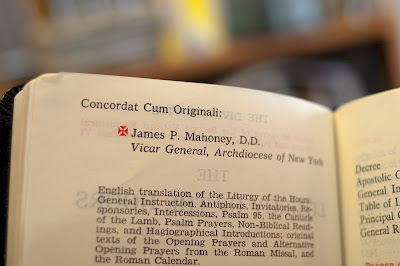 only  word of mouth from other more experienced travelers that (for example)  Richard Headstrom has much to say to a woman with a macro lens and an affinity for weeds. 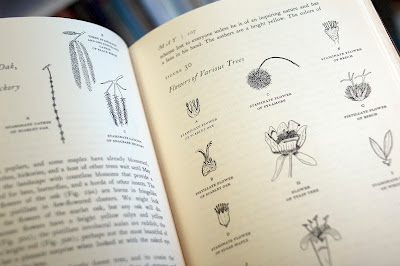 So even if it's Advent -- especially if it's Advent -- the lure of the liturgical year should not prove irresistible to eremitical and self-exiled residents of the outer darkness. There is high drama aplenty in the abandoned community garden, all the birth, death and resurrection, all the yet-to-comes, comings and second and even third comings one could ever desire. 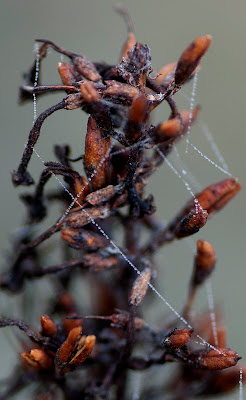 Granted, the story lacks the scandalous details of the particular human narrative, sin and atonement, sacrifice and absolution, the wars and rumors of war, the oppression of widows and orphans, the seemingly eternal lording-it-over of the powerful. But there is a way, and a truth and a life that one finds in the weedy, November shantytown. There we observe the letting-be that has been described as God's love, which forms the template for ungrasping human love. 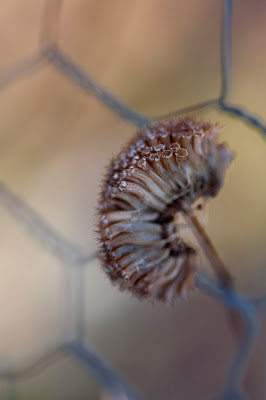 I don't want to push the metaphor to its breaking point. Nature can be read as a manifesto of greed and territoriality in the interest of survival of the fittest. Even the devil can quote the scripture of the abandoned garden to his fell purposes. And who's to say Satan does not love an abandoned garden, particularly the one ruined by his own initiative ? 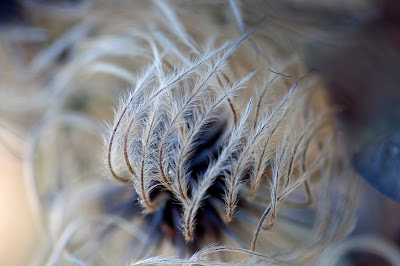 What pride of place he must feel among the melting ice caps, oils spills, waste pools and belching smokestacks of the world ! One bite of a single forbidden fruit, and humans, appalled by death, are off to get everything they can before the end. Who would have thought it would work so well ? 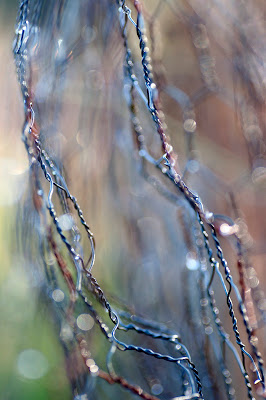 But, again, dial back the metaphors and just look, which is the prototype of letting be: the feathery tendrils of the Clematis -- 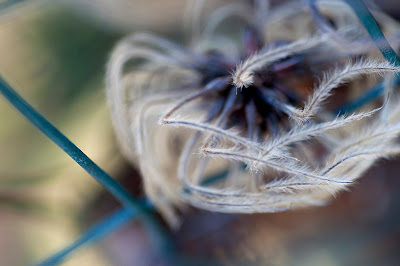 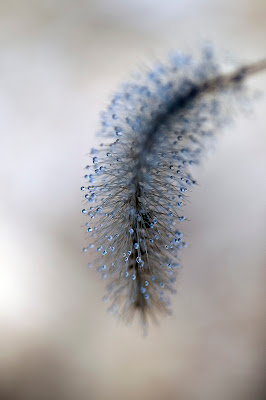 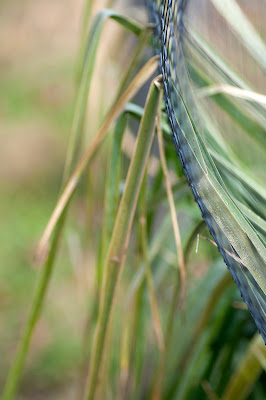 and then, irresistibly, dreaming again, the solitary dancer in the fog -- 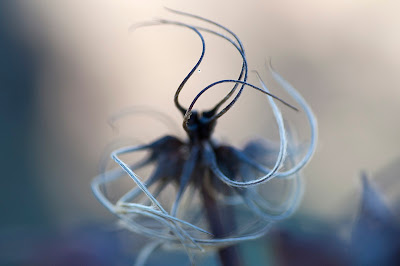 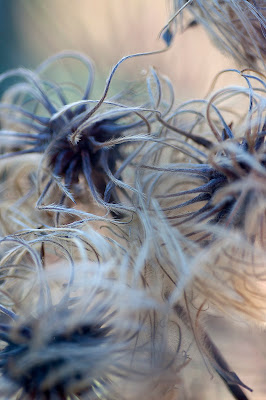 --  that even here, in the abandoned late autumn community garden, in the outer darkness, as extra ecclesia as one can get -- 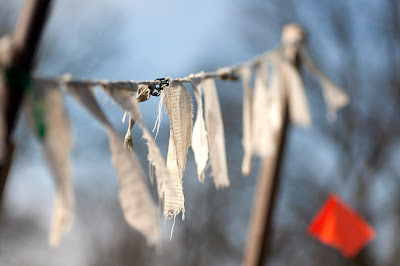 tattered prayer flags air like dirty laundry on the lines.